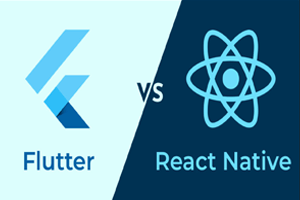 If you’re interested in building sleek mobile apps, there are a couple of technological options to choose from, particularly when you’re interested in having only a single codebase for your project. Facebook’s React Native, the younger sibling of React, is one such framework. Flutter, a framework developed and supported by Google, whereas React Native is one such framework developed by Facebook.

When it comes to cross-platform mobile application development technology trends, both React Native and Flutter are pretty similar in terms of popularity, and both are still quite young. React has a bigger community but given Flutter’s rate of growth, it’s safe to say that it will catch up to React Native very soon.

When I started working in mobile development, React Native offered a much smoother learning curve than Flutter. But that was mostly because it uses JavaScript and React approach, which had been already familiar to me. On the other hand, Flutter uses Dart, an object-oriented programming language that supports static typing and supports a syntax that is quite different from JavaScript.

When choosing a cross-platform mobile app development framework, it’s essential to consider its technical architecture. By knowing the internals of the framework, we can make an informed decision and choose the one that is better for our project.

When developing mobile apps, support for the native component. The app won’t feel like a native app. It’s very important that the framework has an API to access.