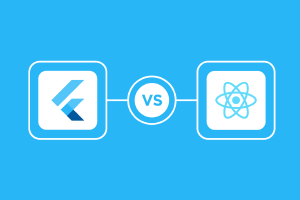 To create mobile applications, two technologies namely React Native and Flutter are getting a lot of attention. Because they both allow users to create a cross-platform application with a single code and they are open-source too.

React Native is created by Facebook. It is a JavaScript framework that gives the capability to web developers to write mobile application code that looks and feels truly ‘native’. It currently supports both iOS and Android but it has the potential to expand in the future.

Flutter is Google’s UI framework released in 2017. It’s the newest framework that has become one of the most popular frameworks. It is used to build applications for Android, iOS, Windows, Mac, Linux, Google Fuchsia and the web.