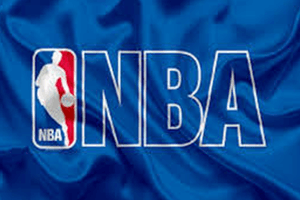 All About NBA Games

The NBA Schedule is decided in the first week of August.

Although Each team has 15 players and 12 are part of the active roster and can dress out to play while the rest 3 are reserve, Out of 12 only 5 play at a time in Game.

After the conclusion of the regular season, the playoffs kick off with the top eight teams of each conference in April, regardless of divisional alignment, competing for the league’s championship title, The Larry O’Brien Championship Trophy.

Each team plays an opponent in a best-of-seven series, with the first team to win four games moving onto the next round, while the remaining teams are eliminated from the playoffs. In the next round, the successful team plays against another winning team of the same conference. Only one team is left in each conference and the rest got eliminated from the playoffs. The fifth-seeded teams and the winner of the series match the second- and seventh-seeded teams playing the winner of the series matching the third- and sixth-seeded teams. In every round, the best of 7 series follows a 2,2,1,1,1 home-court pattern, meaning that one team will have home court in games 1, 2, 5, and 7, while the other plays at home in games 3, 4, and 6.
In the final playoff round, a best-of-seven series is played between the victors of both conferences, is known as the NBA Finals, and is held annually in June. The winner of the NBA Finals playoff receives the Championship Trophy. Each player and major contributor gets a championship ring.