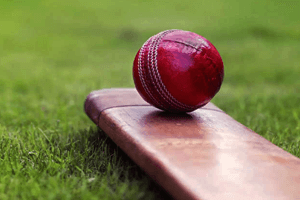 In January Indian team started their new year with the bilateral cricket series against Sri Lanka in India. The series consisted of 3 T20s which were played on:

After the short Sri Lanka cricket series, the Australian team toured India for a short bilateral series. The series consisted of 3 one day internationals only which were played on:

After completing the cricket series against Australia Indian team went on the tour of New Zealand.
This series was a long tour where India played in all three formats. The month-long bilateral series consisted of 5T20s, 3 ODIs and 2 tests which were played on:

After the long tour of New Zealand, the Indian team returned to the home where they had to lock horns with South Africa for a short cricket series. The series was supposed to have 3 one day internationals only and it was to be played on:

But due to Coronavirus scare the series was called off.
Also, some of the Indian players were to take part in Asia xi vs world xi matches in order to commemorate the 100th anniversary of the founding father of Bangladesh, Sheik Mujibur Rahman. Two T20s were to be played and 6 Indian cricketers were shortlisted in the Asia xi squad. However, on 11 March 2020, the matches were “deferred until further notice” due to the coronavirus pandemic.

The matches were to be played on:

After the hectic IPL season, the Indian team will be traveling to Sri Lanka in the month of July to play 3 match ODI series as well as the T20 series. The official dates of this tour are not yet out.

In September after the Asia cup, the English team will visit India for the limited-overs series just before the world cup.

In the month of October, the Indian team will be in Australia for the much-awaited T20 world cup. This time the competition will be held between 12 teams which are divided into two groups. In the T20 world cup, England, South Africa and Afghanistan have been placed in India’s team group along with two qualifying teams.

The details of the matches of the Indian team in the T20 world cup are as follows:

The final of this T20 world cup will be played on 15th November at the Sydney ground.

After the world cup, the Indian team will stay in Australia to play four tests and three one day internationals including the pink ball test from November to December.

jQuery allows the user to create powerful and dynamic webpages that run without any hiccup. With StudySection, you have the liberty to choose among beginner or expert level jQuery certification exams to help you excel in this career field.