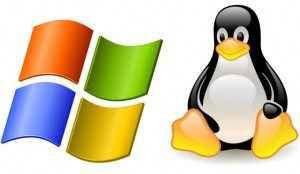 Who is Linus Torvalds?

Linus Torvalds – An Introduction
Linus Torvalds is an American software engineer born in Finland most reputably known for creating the Linux kernel. Linux is a core system code used in many operating system distributions used today such as Android and Chrome OS. Managing a lot of developers that contribute code for functions and bug fixes for the kernel, Linus remains the principal developer of Linux. The distributed version control system Git and the diving logging and planning software Subsurface are also his creations.

Early Life
Linus Benedict Torvalds was born on December 28, 1969, in Helsinki and was named after Linus Pauling, who was a famous physical chemist and Nobel Prize winner. Both his parents Anna and Nils Torvalds were journalists. The young Linus was influenced the most by his maternal grandfather Leo Toerngvist, who was a professor of statistics at the University of Helinski. In the mid-1970s, Leo Toerngvist bought one of the first personal computers named Commodore Vic 20. Linus used this computer but soon became bored of it as only a few programs were available for the computer. He started creating new programs for the computer by using BASIC programming language and then shifted to Assembly language which was more difficult but also more powerful. In this way, mathematics and programming became his passion.

Torvalds bought his first computer, Sinclair QL from his savings in 1987. The computer had a Motorola 68008 processor which ran at 7.5 MHz with 128 KB RAM and it was the world’s first 32-bit computer for personal use. Although this was a big step up for Linus, he was unhappy because he was not able to reprogram it as the OS (Operating System) resided inside ROM (Read Only Memory). In 1988, he enrolled in the University of Helinski. He majored in Computer Science and he was already an accomplished programmer.

Beginning of Linux
In 1991, Torvalds purchased an IBM-compatible computer with a 33MHz Intel 386 processor and a huge 4MB of memory. He was drawn to the hardware but was disappointed by MS-DOS operating system that came with it. The operating system was not able to take the advantages of the vast improvements made in the 386 chip. So, he preferred the more powerful and stable UNIX OS, which he was familiar with after using it on university computers. But he was not able to get even a basic system for less than 5000 USD. He also considered MINIX, which was a small clone of UNIX but it had a lot of limitations. He then decided to create an operating system based on MINIX and UNIX.

On September 17, 1991, Linus after a lot of hard work completed the crude version 0.01 of his new operating system. Shortly, he announced the first official version 0.02. Ari Lemmke, Torvalds’ friend suggested him to put his source code on a network so that it would be available for study and refinement by other programmers. He originally named his system as Linux but wanted to change it to FREAX. He was not able to change the name as his friend Lemmke already created a directory by the name Linux.

Linux Growth
Many programmers from around the world started helping Torvald’s operating system. As a result, it started to gain performance at a very rapid rate. A number of free programs from Stallman, his Free Software Foundation and Berkeley UNIX Distribution became parts of Linux distributions. The Linux performance continued to improve as more developers joined. The number of users also increased swiftly. With a lot of improvements over time, by the year 1997, it was estimated that around 3 million computers had Linux installed which increased to 7 million after 2 years.

In 1997, Linus moved to sunny Santa Clara in California’s fabled Silicon Valley after a decade spent as a student, researcher, and instructor. In California, he started working with Transmeta Corporation. His role was to help develop commercial software for communication between the company’s operating system and its microprocessors. His financial situation was not good till it improved significantly when Red Hat and VA Linux presented him with stock option thanking for his creation. His net worth increased to 20 million when Red Hat and VA Linux went public.

The big boost for Linux was in the late 90s when a lot of companies announced plans to support Linux. Major corporations soon realized the potential of Linux and started using it for their work. The main factor of this popularity of Linux was that Apache, the extremely successful free web server was only written for Linux. IBM’s official blessing and massive support was the biggest reason for corporate adoption of Linux.

Torvalds today work full time for the Open Source Development Lab located in Oregon. Only 2% of the present Linux code is written by Torvalds himself which is understandable keeping in mind its big size and complexity. However, the final decisions regarding incorporating modifications are made by him. His rules for adding code are that the code should be high quality and clean, easy to maintain and beneficial to a wide range of users rather than a single corporation or any other narrow agenda.