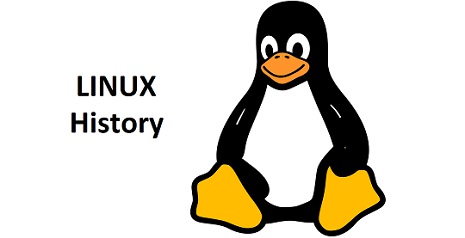 A brief history of Linux

In an attempt to clone the operating system of Unix, Linux turned out to be a spectacular achievement for Linus Torvalds. He wrote the code for his personal use. However, Linux is being personally and commercially used by millions of people around the globe. But how did this idea of creating this open-source OS came by? Where did the inspiration for developing such a complex yet efficient system come from?

What Led to the Creation of Linux?

In the 1970s, Unix was rewritten to make it available with the function of portability. This increased the popularity so much that many leading institutions, be it academically oriented or commercially motivated, started using Unix.

In 1983, Richard Stallman began a GNU project with the idea of creating a Unix-like OS. During this, he started writing GNU General Public License, on which Linus Torvald later wrote the code for Linux.

In 1991, while studying computer science at the University of Helsinki, Linus was distinctly dissatisfied with the MS-DOS in his IBM computer, so he began a project that later became Linux Kernel. Kernel acts as the intermediary between the hardware and the software. So the word, Linux or Linux OS connotes a different meaning from the word Linux Kernel. At this stage, Linus tried to write the code that specifically suited the hardware that he was using (an 80386 processor). He continued working on MINIX using the GNU C compiler.

Aged 21, Linus Torvalds asked for advice and suggestions from his peers online at a Usenet posting to the newsgroup “comp.os.minix”. In this group, he said that he was making it purely for his personal use and keeping MINIX in mind while writing the code. He asked for the things that they liked/disliked in MINIX as he would get an idea about the advantages or disadvantages of writing the code in a certain way. After years of hit and trial methods along with his dedication to do the extraordinary, in March 1994, Linux 1.0 was finally launched.

Why the name ‘Linux’?

Linus had already considered the name Linux but found it to be too egoistic and narcissistic. He initially wanted to call the OS as FREAX (free + freak + ’X’ from Unix). He even saved the name of the file as Freax for about a year.
However, Ari Lemmke at the Helsinki University of Technology and the volunteer administrator to upload the files on an FTP server found the name Linux convenient as compared to Freax and named it without consulting Linus. However, later Linus agreed to name it that way.
The official mascot of Linux “Penguin” was considered when the discussion of the mascot was going on and Linus mentioned that a penguin had bitten him in Australia recently.

The most fascinating thing about Linux is its online community where Linux developers from all around the globe send in their suggestions and feedback about improving the scope of OS and widening its capability. Various corporate agencies have pitched in to develop the auxiliary software of Linux.

In order to exchange ideas and suggestions, members of various projects related to Linux organize fares and conferences. One of the most popular ones is LinuxTag in Germany where about 10,000 developers gather annually to discuss their projects and the scope of improvement in Linux OS.

Despite the fact that Linux is freely available, companies earn profit from its usage. Companies like Dell, IBM, HP invest substantial resources in the modernization and advancement of Linux OS. These contributions include hardware donations for driver developers among other things. These drivers help Linux remain relevant and make it suitable for various application areas.

To date, Linux is open-source software, meaning that anyone can use, copy, study or change the software as long as the source code is openly shared with others. There have been thousands of modifications made to the original software, which has led to the rise of Linux distributions.

There are literally hundreds of different Linux distributions that vary from the purpose of which the software is to be used. From multimedia production to research and science, there are different versions and distributions of Linux that gives you the ideal space to build.