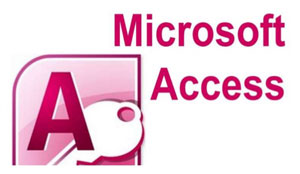 Introduction to MS Access an easy-to-use database system
Microsoft Access is a database management system (DBMS) from Microsoft. It offers a combination of a graphical user interface (GUI) and application development tools with the relational Microsoft Jet Database Engine. Microsoft Access is supplied as a part of the Microsoft Office suite. With MS Access, users can design tables and forms and create complex queries, without having any programming expertise.
If you are a software developer or data-analyst, you can build software applications using MS Access as the backend database. Typically, MS Access applications are developed using Visual Basic for Applications (VBA) and other Microsoft applications.

In late 1992, Microsoft released the very first version of Access i.e 1.0 desktop database application for the Windows operating system and was shortly replaced with version 1.1 in mid-1993 to include better compatibility with other Microsoft Office products of that time and more importantly introduce the ability for programmers to code this application using Access BASIC. Version 1.1 had a lot of bugs and many performance issues and in the same year, Microsoft released Windows 3.1 operating system along with Microsoft Office 4.3 Pro as it needed the upgraded hardware, software memory and the power supported by Windows 3.1.
This was a perfect desktop database application tailored for the small to medium-sized business that needed a low-cost database. At that time, the capacity of a disk hard drive was less than 100 MB (megabytes) and typical document file sizes were in the 100’s of bytes. With MS Access, however, a database could grow very large in comparison and files which surpassed 10MB in size became a potential problem with the performance because of the low RAM (random access memory), but the operating system managed. This sometimes caused data loss and data corruption limiting how Access (version 2.0) was used.

However, MS Access 2.0 was a feature rich database program which delighted the majority of programmers, developers, and general users but it needed some time, patience and determination when designing a database because it was not deemed intuitive or user-friendly by any stretch of the imagination.Microsoft released a newer operating system (Windows 95) in 1995 and this was the foundation of moving to a 32-bit processing system with a brand new graphical user interface (GUI). Again, Office 95 was released which included MS Access 95 and one of the significant modifications other than the look and feel of this new interface was the more robust and flexible programming language and the introduction of Visual Basic for Applications (VBA).MS Access 95 was probably the least successful version of all due to the new 32-bit application still in its cradle for the Windows operating system environment and the JET database engine being slow. But it certainly was considered the ‘beta’ version the final release of MS Access 97 (in 1997) which was a real success.

As Microsoft released modern operating systems which included Windows 98, the very unpopular Windows ME and ultimately the more stable Windows 2000/NT, a brand new significant version of Access 2000 was introduced.Any earlier versions of Access databases files (MDB’s) required to be modified into the new upgraded JET engine and include the richer and more powerful tools provided with this release. This was a one-way procedure creating a copy of the old database file (as a backup) and this version became the new standard for Access. Web integration was a new feature to Access 2000 enabling developers to publish results on the internet in HTML. Better security, replication, and database connectivity tools really increased the demand and popularity amongst the die-hard developers.

Nowadays, this is the initial version still in use and is even acknowledged as the standard version (engine format default) for the later releases of Access 2002 and 2003 which were minor improvements of Microsoft Office tools providing better integration with other applications. The history of Microsoft Access continues with Access 2007 being launched and introducing a new file format (ACCDB) which encapsulated new data types like the multi-value and attachment fields. It also followed the new Graphical User Interface (GUI) layout using the regular Microsoft Office Ribbon Bars and provided better ways to handle objects in Access. The look, feel and richer template layouts suddenly made MS Access a way more user-friendly system to use than ever before.

Users who used features like security, replication, and Access pages will have noticed these features were dropped in version 2007 and accordingly the new MS Access 2007 still gives support for the previous file formats (MDB) and their particular dropped features. Professional database developers and programmers have always frowned upon with the claim that Microsoft Access being a truly powerful and robust database and they would lean towards the more powerful and bigger engines namely Oracle and SQL server. But this is about you and me who utilise desktop applications to provide good business solutions at a lower and manageable cost. Access was always going to develop over time and it has still held the ‘desktop’ branding and is commonly used as a tool for reporting from larger database systems and as an alternative front-end interface system. From Access 2000 onwards, developers have been ready to connect to true client/server databases and use SQL (Structured Query Language) with VBA (Visual Basic for Applications) encapsulating the use of ADO/DOA objects for more superior processes and business solutions.

Access 2010 was released in the summer of 2010 and gives some new enhancements over the previous version. The new modifications are mainly to do with better integration with Microsoft SharePoint Server. MS Access 2010 is a minor upgrade to Access 2007 with few cosmetic modifications (still uses the Ribbon Bar – though slightly modified) and now has excellent macro functionality with the new extension of Data Macros making it more user intuitive. But it’s like doing a comparison of Access XP with Access 2003 when it comes to listing the differences!