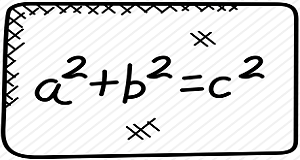 A Brief History of Algebra in Mathematics

INTRODUCTION
Algebra is the study of mathematical symbols and rules to handle these mathematical symbols. These symbols representing quantities without constant values are known as variables in elementary algebra. An algebraic equation indicates the relationship between the variables of the equation. The word “Algebra” is acquired from an Arabic word. Elementary equation solving and abstractions like groups, rings, and fields are included in it. Elementary algebra is the basic part whereas Abstract algebra or Modern algebra is the abstract part.

HISTORY
Egypt
The earliest existing mathematical text from Egypt is the Rhind papyrus. The ability of the early Egyptians to solve linear equations in one unknown is verified by this and other texts. In a linear equation, all the variables are only to the first power also known as a first-degree equation. (In today’s representation, such an equation in one unknown would be 6x + 2x = 16.) According to evidence from about 300 BC, the Egyptians too knew how to resolve problems having a system of two equations in two unknown quantities, comprising quadratic equations. For example, given that the perimeter of a rectangular surface is 100 units and its area is 600 square units, the ancient Egyptians could find the length l and width w. (In the modern system, they could solve the pair of simultaneous equations 2w + 2l =100 and wl = 600.) However, during this period there was no use of symbols—problems were stated and solved verbally.

Babylonian
According to cuneiform texts preserved in clay tablets, Babylonian mathematics originated as early as 1800 BC. It was based on a well-elaborated, positional sexagesimal system—that is, a system of base 60, which is opposite to the modern decimal system that is based on units of 10. A major part of their mathematics comprised of tables, for multiplication, reciprocals, squares, and square and cube roots. Other than tables, many Babylonian tablets carried problems that asked for the solution of some unknown number. These problems described a method to be followed in order to solve a specific problem rather than giving a general algorithm to solve identical problems.

Greek
It is sometimes said that the Greeks had no algebra, but it is not true. By the time of Plato, a drastic transition occurred in Greek mathematics. Geometric algebra was introduced by the Greeks in which terms were expressed by sides of geometric objects associated with letters. With this new kind of algebra, solutions to equations could be easily found by using a method that they developed, known as “the application of areas”. The method is only a fraction of geometric algebra which is completely available in Euclid’s Elements.

Diophantine algebra
A Hellenistic mathematician named Diophantus who lived c. 250 CE is known for having written Arithmetica, a treatise. It was originally written in thirteen books out of which only the first six have survived. Arithmetica has very less similarity with traditional Greek mathematics as it is separated from geometric methods. Instead of simple approximations, Diophantus is concerned essentially with exact determinate and indeterminate solutions. Diophantus is the first in Arithmetica to use symbols for unknown numbers as well as abbreviations for powers of numbers, relationships, and operations. The main dissimilarity in between Diophantine syncopated algebra and modern algebraic notation is that the first one lacked special symbols for operations, relations, and exponentials.

India
Brahmagupta was an Indian mathematician and author of Brahma Sphuta Siddhanta. Brahmagupta explains the general quadratic equation for both positive and negative roots in his work. He gave the first general solution for linear Diophantine equation ax + by = c, where a, b, and c are integers. Diophantus only gave one solution to an indeterminate equation whereas, Brahmagupta gave all integer solutions. Some historians considered the possibility of Greek influence on Brahmagupta’s work or a common Babylonian source as Brahmagupta used some of the same examples as Diophantus. The algebra of Brahmagupta was syncopated like the algebra of Diophantus. The amount of Greek impact on this syncopation, if present, is unknown and it is possible that both Greek and Indian syncopation may have a common Babylonian source.

Arab
Islamic Arab Empire’s first century did not witness any major scientific or mathematical achievements as the Arabs, with their newly conquered empire, had not yet obtained any intellectual drive and research in other parts of the world had declined. Islam had a cultural awakening, and research in mathematics and the sciences enhanced in the second half of the 8th century. A lot of these Greek works were translated by Thabit ibn Qurra, who translated books penned by Euclid, Archimedes, Apollonius, Ptolemy, and Eutocius. Out of the three theories regarding the foundations of Arabic Algebra, the first theory highlights Hindu influence, the second highlights Mesopotamian or Persian-Syriac influence and the third highlights Greek influence. Many philosophers think that it is the outcome of a mixture of all three sources. The Arabs used a fully rhetorical algebra, in which often the numbers were spelt out in words. The Arabs would eventually exchange spelt out numbers with Arabic numerals, but the Arabs did not choose or produce a syncopated or symbolic algebra until the work of Ibn al-Banna in the 13th century and Abū al-Hasan ibn Alī al-Qalasādī in the 15th century. In the “House of Wisdom” in Baghdad, an establishment by Al-Mamun, the Muslim Persian mathematician Muhammad ibn Mūsā al-Khwārizmī was a faculty member. Al-Khwarizmi wrote more than half a dozen mathematical and astronomical works and died around 850 CE. Some of his works were based on the Indian Sindhind. One of al-Khwarizmi’s most famous books is labelled Al-jabr wa’l muqabalah or The Compendious Book on Calculation by Completion and Balancing. It gives an exhaustive description of solving polynomials up to the second degree. The book also brought up the basic concept of “reduction” and “balancing”, meaning the transposition of subtracted terms to the other side of an equation, that is, the cancellation of same terms on opposite sides of the equation. This operation was originally described as al-jabr by Al-Khwarizmi.

Symbol x
By tradition, the first unknown variable in an algebraic problem is nowadays expressed by the symbol x and if there is a second or a third unknown, these are labelled y and z respectively. Algebraic x is commonly printed in italic type to separate it from the sign of multiplication.
Mathematical historians generally agree that the use of x in algebra was introduced by René Descartes and was first published in his treatise La Géométrie (1637). He used characters from the start of the alphabet (a, b, c,…) for known quantities, and letters from the end of the alphabet (z, y, x,…) for unknowns. It has been proposed that he later choose x (in place of z) for the first unknown as it was relatively more abundant in the French and Latin typography fonts of the time. Other theories of the origin of algebraic x were also suggested in the 19th century but it was found that they lack concrete evidence.

The father of algebra
The title “the father of algebra” has usually been given to the Hellenistic mathematician Diophantus but now there is a debate as to whether or not Al-Khwarizmi justifies the title instead. Diophantus is supported by the fact that the algebra found in Al-Jabr is more elementary than the algebra found in Arithmetica and that Arithmetica is syncopated while Al-Jabr is fully rhetorical. Whereas Al-Khwarizmi was supported by the fact that he gave a comprehensive description of the algebraic solution of quadratic equations with positive roots.