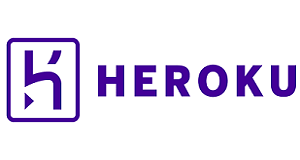 Heroku Platform
Today, we have a number of options for cloud web hosting services to run the apps. Heroku is one of them. Heroku is a platform as a service (PaaS) that enables developers to build, run, and operate applications entirely in the cloud. You can deploy, run and manage applications written in open languages and frameworks such as Ruby, Node.js, Java, etc. This product is based on AWS and is vastly different from the Elastic Compute Cloud (AWS).

Difference between AWS and Heroku:

Heroku CLI and Deployment:
Run the following command on the terminal to install Heroku on your machine:

You can verify the installation by running the following command:

Login Into Heroku:
“heroku login” command is used to login into the Heroku. When you execute this command, you will be redirected to your browser after pressing any key on the prompt screen. After this, you will automatically log in.

Deployment with git:
Many developers use git to manage source code versioning. The Heroku platform uses Git as the primary means for deploying applications (there are other ways to transport your source code to Heroku, including via an API). Before deploying your app to Heroku, you will have to initialize a local Git repository and commit your application code to it. To deploy your app to Heroku, type the following command:

When you want to deploy your latest committed code to Heroku, you will always type the same command.