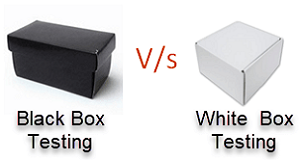 What is White Box testing?
White Box testing is a testing technique which checks the internal functioning of the system. In this method, testing is based on coverage of code statements, branches, paths or conditions. White Box testing is considered as low-level testing. It is also called Glass Box, Transparent Box, Clear Box or Code Base testing. The White Box Testing method assumes that the path of the logic in a unit or program is known.

The base of Testing

The basis for test cases