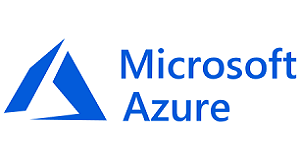 In November 2009 Microsoft updated Windows Azure CTP (Community Technology Preview), Enabled full trust, PHP, Java, CDN(Content Delivery Network) CTP and more. Windows Azure became commercially available in February 2010. Many analysts compared AWS and Windows Azure and found AWS better. But Azure was improved significantly by Microsoft over the time as support for a huge variety of programming languages, frameworks and operating systems such as Linux (which most believed could not happen) was added. In the same year, Windows Azure received an update in which support for .NET framework 4 was added along with OS versioning and SQL Azure update. Further, Platform enhancements were done, Windows Azure Connect was introduced and Dev/IT Pro experience was improved.

In 2011, Microsoft added Traffic Manager, SQL Azure reporting and HPC Scheduler to the Azure. Virtual machines for Windows and Linux were introduced in 2012 among Python SDK, a new portal and locally redundant storage. The new Azure portal was an amazing work of usability engineering. The designers kept in mind the growing complexity of Azure and designed UI widgets for the Azure environment. Windows Azure received no major updates till 2014. In 2014, as Microsoft observed that Azure is not limited to windows only, it was renamed from Windows Azure to Microsoft Azure. Azure machine learning public preview was also made available in 2014. On November 18, 2014, a lot of Microsoft Azure customers faced a service interruption that affected Azure Storage and many other services, including Virtual Machines. It was found out later that the incident occurred due to a human error. While deploying updates, a certain criterion was skipped due to which some Azure Blob storage Front-Ends entered an infinite loop and were unable to service requests. Although changes were reverted within 30 minutes, The Azure Blob storage Front-Ends which were already in the infinite loop were unable to accept any configuration changes because of the infinite loop. They had to restart with reverted configuration which extended the time to recover.

As a cross-platform Linux distribution, Microsoft introduced Azure Cloud Switch in September 2015. In December the same year, Azure ARM with codename Ibiza was also released. In September 2017, Microsoft Azure received a new logo which was more abstract, didn’t include a cloud anymore and also formed a letter A which obviously represented the name, Azure. Along with these came a manifesto, which contained a mission statement. Azure Service Fabric Mesh public preview was released in 2018. Afterward, Microsoft joined the Linux-oriented group Open Invention Network.

Today, Microsoft offers enhanced services to its customers as it has partnerships with technology vendors like Canonical, Red Hat, HPE, Citrix, SAP, Adobe, Cisco and many others. Microsoft is working together with other organizations to deliver unique integration services. People may have tried to avoid cloud integration but in the coming future, it would not be able to ignore it. Many firms have already started to move their system and software infrastructure to cloud environments. This will surely reduce the cost of building and operating internal infrastructure. If you haven’t taken a closer look at Azure yet, then you should start accessing cloud computing platform opportunities to figure out quick wins along with long term plans to reduce the cost and reduce liability.