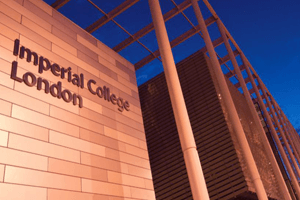 According to the QS World University Ranking report, 2019, ranked 8th in the world, Imperial College London is an association established in London, UK, focusing solely on engineering, science, medicine, and business management. Imperial provides an education based on leading research and exposes its students to real-world challenges. The pedagogy of imperial college opens everything up to question and opportunities to work across multi-cultural, multi-national teams.

When it all began

In 1851, following the Great Exhibition in Hyde Park, Prince Albert(founder of Royal College of Science in 1845) designated his vision for a place where science and the arts would come together. As a result, a number of world-leading art and cultural institutes including the Science, Natural History and Victoria and Albert museums had joined by the Royal Colleges of Art and Music where all of their students could also graduate. The Royal College of Chemistry and the Royal School of Mines also moved to South Kensington between 1871 and 1872.

With the intention to be a scientific research institute, the Imperial Institute was created in 1887 to celebrate Queen Victoria’s Jubilee. Its main purpose was to research and develop the raw material of the Empire countries. This institute was administered by a governing body with the president, Prince of Wales.

At the beginning of the 20th century, when the Royal School of Mines and the Royal College of Science were developing continuously, there was more than double the applications for student places than could be physically accommodated. A new building was required for chemistry and physics streams, with large, modern and well-equipped laboratories. In 1898 the government had already paid £100,000 for the land opposite to the imperial institute. Sir Aston Webb was the architect of the building of the Royal College of Science and completed it in 1906.

The signing of the Charter forming Imperial College – 1907
The report of the Board of Education Committee was published in starting of 1906, recommended for a high level scientific and technological educational institution and that should be established by combining the Royal School of Mines, the Royal College of Science, and the City & Guilds College into one institution.

In February 1907, after negotiating the complete details amongst the governing bodies of the institutions, the board of Education issued an outlining letter. On 26 March 1907, the President of the Board of Education, Mr. McKenna, read out some draft of the Charter of Imperial College at the Old RSM. A list of members of the Governing Body was issued by King Edward VII on 1 July 1907. The final charter forming imperial college was granted on 8 July 1907.

Rising with ups and down

Within a year of its establishment, Imperial college joined the University of London on 22 July 1908. At the beginning of 1910, the Central Technical College joined Imperial college under the name of the City and Guilds College. The other main campus of Imperial College was constructed beside the building of the Imperial Institute. In 1912, the Bessemer Laboratory for Metallurgy was opened on the college campus funded by the Bessemer Memorial Fund.

The Imperial college gave its significant contribution to the First World War from its inventions and scientific advances. When the first world war started in 1914, there were around 900 students in the college. Approximately 300 of them volunteered for the war. The South Kensington site was affected completely for the accommodation of soldiers and military work. Admiralty (responsible for the command of the Royal Navy first in the UK) Inventions & Research Board took over the Engineering Structures lab and physics workshop for bomb sighting research.

In 1920, when everything became normal after the war, there was a difficulty for students at Imperial, that some of the courses for which they would receive an Associateship from some multinational firms(RSM, RCS, and C&G) were not taught anywhere but in London University. After a struggle, in 1925 the London University agreed to set final examinations in the subjects in Imperial to set its Associateships.

After the war, the college again started its expansion which led to the erection of a number of new buildings. In 1959, with the help of a grant of £350,000 from Wolfson Foundation, new laboratories for biochemistry were established in the college.

In 1969, Imperial College launched an appeal for £2 million. Half of this money was to be spent on student accommodation. The aim of the College was that students would spend at least one year in college-owned halls of residence. The other half was spent to support research and to develop the campus building.

In 2003, The London Centre for Nanotechnology was established and in the same year joined with Imperial College London. The UK Energy Research Centre was settled in 2004 and opened its headquarter at Imperial College London. In December 2005, Imperial announced to break away from the University of London. Approximately one and half-year later, In July 2007, Imperial became fully independent of the University of London.

With the launching of the Innovation Hub, in 2016, the imperial began moving into the White City campus with academic and community partners. Imperial College is now in a period of rapid change that is bringing exciting new capabilities to improve human health and society while, on the other hand, is creating challenges for the nation. All students, at imperial, are engaged at points of their time so that they feel part of a prestigious community. Imperial had already established itself as one of the most popular international universities. Imperial’s global collaborations, researches, and strong alumni networks are transforming lives and creating opportunities in the UK and around the world.

What is the rank of Imperial College London?

According to the QS World University Ranking report, 2019, Imperial College London ranked 8th in the world.

Where is Imperial College London located?

The main campus of Imperial College London is located in South Kensington, district of West London.

When was Imperial Institute created?

With the intention to be a scientific research institute, the Imperial Institute was created in 1887 to celebrate Queen Victoria’s Jubilee.