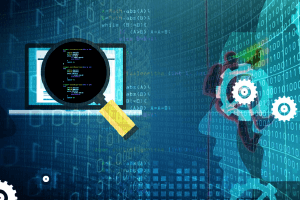 Hardware Industry in cooperation with Automation

Automation Industry holds a prolific name in the era we are living now and with no second thought we can expect its outcomes and expenditure to stretch itself to the infinite number of industries running nearby, be it a software industry (which so to say is surviving well in the market) to the MSME’s or SMSE’s in the manufacturing sector (which are surviving their days for the existence in the market).

But the fact that the Automation industry is a threat to the hardware manufacturing industry is still a question that is hard to digest. However, the extent to which innovation is there in the very sector always exists the brim for both the industries to meet its needs and wants. The very word Automation may have got more familiar to the market post inclination in the 21st Century, but it was very much in the mind of the foundationers to make technology a giffy tool for humanity which is as easy to control or to access as to control a rational mind with fine and divided distinctions.

Current Trends Operating in the Software and Hardware Platform

Right from the early days when technology was a spoiler for the world, the trends have eventually changed to a quite considerable level. Earlier where Miniaturization and Archival ability, small life cycles, software independence, user empowerment through technology, were the factors. But now, with time persistence Instruction less Computing, a movement to the UNIX operating system, development of large software libraries and now in recent generation languages Computer-Aided Software Engineering, Object-Oriented Languages and AI have stood for its stand for the better survival of the very Sector.

Does that signify a Decline in Hardware Industry?

And a simple answer is No. To a certain level as Miniaturization and Artificial Intelligence are into the market, the demand for Hardware has accordingly diverted to traditional hard drives and bungled wires to cloud servers and networking gadgets. Mobile computing and Grid computing are the best examples supporting this evidence.

Even the Li-fi technology and the Fuzzy Logic aids which are said to be the stepping stones for the upcoming transformation for the technology are, a big task to look for and to implement for companies like Intel, Huawei, Philips, etc. So if you are a zero hardware world there must be another world supporting that world beneath the table. Nobody could ever imagine a device with which you could talk, chat, transact, capture, share emotions, save life and n number of things when we were discovering ourselves into the world of automation a few decades ago, but now a mobile phone in your pocket which is as important as your life is a practical example. Indeed it is an invention of Automation but is possible with great efforts of software and the most efforts of the Hardware Industry which have made it possible for a mobile phone to fit into the palm.