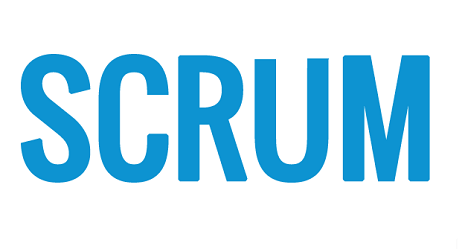 Scrum methodology is one of the implementations of the Agile process and is generally used in the projects where the requirements are changing rapidly. It is an agile process where the main focus is to deliver the product in minimum time. It targets to create incremental builds and deliver them to the clients every two or three weeks. This way, the framework provides the ability to repeatedly and rapidly inspect actual working software. It highlights teamwork, accountability and iterative progress toward an apparent goal.

The basic difference between Scrum and Agile methodology is that scrum deals with the situation when the business requirements are likely to be changed more frequently. In fact, many a time the requirements of the business are not even known at the start of the project. It is widely used by the software development teams and now many leadership teams are forming their Agile practices on Scrum often combining it with Kanban practices.

Using the Scrum framework, collaboration among the clients and development teams is achieved in daily stand up meeting with a fixed job assigned to scrum master, product owner, and team members. The meeting is also conducted to review the work done so far so that the future progress of the project can be decided. The work to be done for a deliverable is divided into multiple sprints where a sprint can be defined as a definite time period (usually two or three weeks) where the development team works to complete a set of tasks. After each sprint, a build is delivered to the client for their feedback and reviews. The development team using the Scrum framework focuses to deliver maximum business value, from starting early in the project and continuing throughout.

The Scrum Team consists of around 7-10 members without any team leaders to assign tasks to others or to decide how to solve a problem. In fact, the team as a unit decides on how to solve the problems. There are three main roles in a scrum team-

3. The development team – Development team is an integral part of the scrum team who is responsible to carry out the development of the product within the fixed timeframe i.e. the sprint. The team is self-organizing and has the expertise to deliver shippable increments at the completion of each sprint.

1. Sprint – The time-boxed period during which the deliverables are completed and made ready to review by the product owner. Usually, the sprints are 2-4 weeks long but can be kept as minimum as one week.

2. Daily stand-up- A daily meeting for a short duration (not more than 15 minutes) to review the work done so far by the development team and discussion regarding any obstacles faced by them while working on a task.

3. Sprint planning- The time-box event that determines which backlog items of the product will be delivered at the completion of the next sprint and how the work will be achieved.

4. Sprint review- The informal demonstration of the work done by the entire development team including designers, developers, test engineers, and the product owner. The outcome of the delivered is reviewed, feedback is given and some new features are discussed. The product owner accepts or rejects the delivered increment after comparing it with the expected outcome.

5. Retrospective – The final team meeting in the sprint to review the feedback received on delivered increment, what went right and what went wrong, the improvisations in the deliverable in the next sprint, etc. The Retrospective plays an integral part in the product development which focuses on overall performance and continuous improvement in the deliverables to meet the final product.