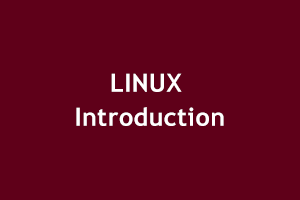 blo The Linux Kernel is the largest component of the operating system and is responsible for managing the hardware, running user programs, and maintaining the security and integrity of the system.

Linux has become the world’s most dominant operating system, with massive adoption in almost every sector, including finance, government, education, and even film production. It is also the operating system of choice to support cutting-edge technologies such as the Internet of Things, cloud computing, and big data.

Most programming languages support Linux either directly or through third-party community-based ports. The original development tools used for building both Linux applications and operating system programs are found within the GNU toolchain, which includes the GNU Compiler Collection (GCC) and the GNU Build System.

The Linux kernel is a widely ported operating system kernel, available for devices ranging from mobile phones to supercomputers. The kernel also runs on architectures that were intended to use a manufacturer-created operating system. Over time, support for different hardware has improved in Linux, resulting in any off-the-shelf purchase having a “good chance” of being compatible. 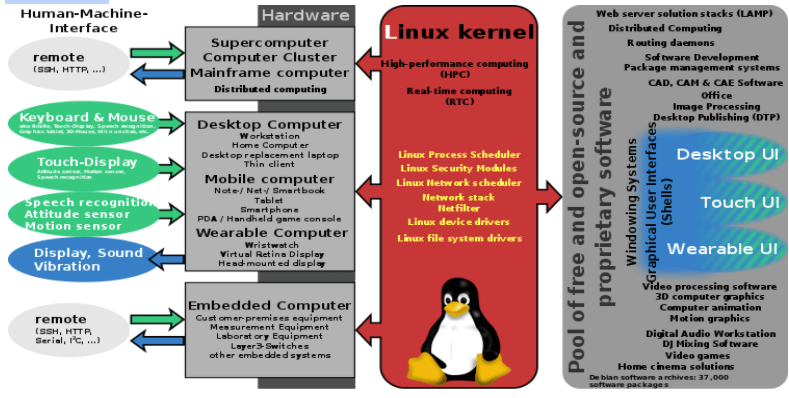 Visible software components of the Linux desktop stack include the display server, widget engines, and some of the more widespread widget toolkits. There are also components not directly visible to end-users, including D-Bus and PulseAudio. 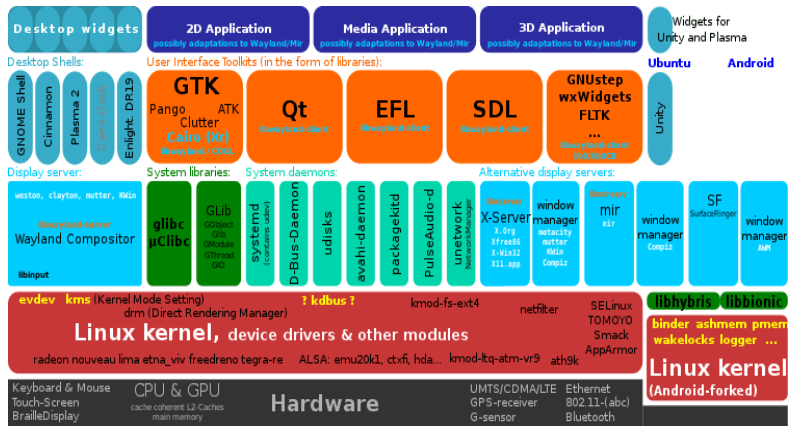