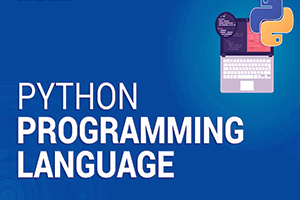 Python is the world’s fastest-growing multipurpose programming language that is simple and has beginner-friendly syntax. It is used for Data Analysis, Artificial Intelligence, Web Apps, Mobile Apps, Hacking, etc.

Why Python is gaining popularity?

It has cemented its position among the top three most popular programming languages.

* The simplicity and elegance of Python make it more acceptable than other programming languages and make it no.1 language.