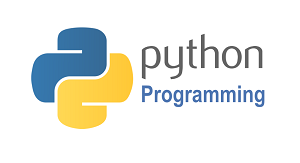 Introduction
Python is a high-level programming language that focuses on code readability. Clear programming is enabled by the constructs provided in the language on both large and small scale. Python has gained a lot of popularity recently and has become one of the important programming languages in development.

Early History
Guido van Rossum worked for a project “ABC Language” in Dutch CWI research institute. Guido van Rossum created a successor of ABC Language that was capable of exception handling and compatible with Amoeba operating system interface. This language was named as Python. The formation of Python started in the late 1980s and it was created in 1989. Van Rossum played a continuing central role in deciding the direction of Python so, he was titled as “Benevolent Dictator for Life (BDFL)” by the Python Community. He stepped down to a leader in 2018. A lot of people assumed that Python language was named after the famous species of snake called Python but actually it was named after a BBC TV show “Monty Python’s Flying Circus”.

Python 1
Code for Python with labeled version 0.9.0 was issued in February 1991 in which, functions, exception handling, the core datatypes, and classes with inheritance were present. This release also consisted of a modular system which was borrowed from Modula-3. Python grew up in the early nineties obtaining lambda, reduce(), map(), filter(), keyword arguments, functional programming tools and built-in support for complex numbers. In this period, Van Rossum started an initiative called Computer Programming for Everybody(CP4E). The main purpose of CP4E was to make programming more accessible to a common man and to make coding knowledge essential. As Python focused on clean syntax and accessibility, it played an important role in this. CP4E is now inactive but learning Python is still easy and it is the first choice of most of the beginner programmers.

BeOpen 2.0 Python
With the development of Python, an issue came to light in the nineties that the language continuously depended on Russom. So, in the year 2000, BeOpen Python 2.0 was released by BeOpen Python Labs team. This version provided greater transparency with its more open fundamentals and community-oriented approach. The release notes for the version also stated that the version was less about coding and more about the development of Python.

Python 2
To collect reference cycles, Python 2.0 introduced a garbage collection system. It also included another feature of list comprehensions which was taken from other functional programming languages. Python 2.1 was very similar to Python 1.6.1 and Python 2.0. A change to language specification was included in the release for nested scopes support like other statically scoped languages. This feature was turned off by default until version 2.2. In Python 2.2, a significant innovation was done by combining Python’s types and classes in one hierarchy. Python 2.6 and Python 2.7 were released to introduce some features of Python 3.0. Both versions also consisted of warnings about the features that were removed in Python 3.0. Python 2.7 became the last release in the 2.x series after the releases were ceased for Python 2.x. Users were encouraged to move to Python 3.0 as it was announced in November 2014 that Python 2.7 will be supported until 2020 only.

Python 3
On December 3, 2008, Python 3.0 was released which was also known as Python 3000 and Py3K. The main idea behind the design of Python 3.0 was to remove the fundamental design flaws of the language. Backward compatibility could not be retained in order to make the changes and therefore, it needed an important version update. A lot of efforts were put to remove duplicate constructs and modules to make sure that there is only a single way of doing things in Python 3. There were a number of tools available which could identify the changes needed in Python 2 code to make it work in Python 3 but some users were stuck with their classic codebases. From the year 2012, the approach of creating a single codebase that can run for both Python 2 and Python 3 using compatibility modules is preferred.

Future
Python does not seem to be forgotten in the near future as its user base is vast and still growing. A lot of well-known companies use Python and many OS developers support it, which makes the future look bright for Python. It is used in the Information Security industry on a large scale. Python got TIOBE’s Programming Language of the Year awards in 2007, 2010 and 2018. The language with maximum growth in popularity over the year gets this award. Python has become highly adaptive choice as it supports functional programming, object-oriented programming, and parallel programming models.