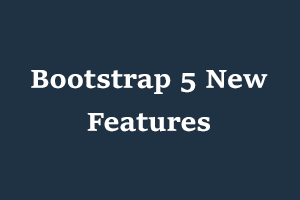 For developing responsive and mobile-friendly web applications Bootstrap is the most popular framework that is available for free to use in our applications.

New features including the Bootstrap 5:

StudySection provides a Windows 10 certification exam to help those with skills in Microsoft Windows 10 operating system. This exam is available for two different levels namely “Foundation” and “Advanced”. This Windows 10 Certification Exam can help you land in a good job position when attached to your resume.