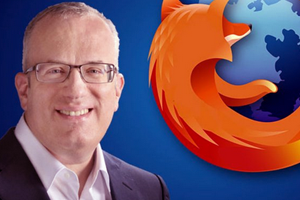 “When you look at what I did in a mere 10 days, it was like a seed. It was this potent kind of compromise, but still, it was quite a powerful kernel that grew into a bigger language. And part of the challenge that I’ve been working on the standardization ever since I had to restart the standards body. I had to help people understand how to let the seed unfold into a full language.” – Brendan Eich on designing JavaScript on such short notice during the dotcom boom that ushered various innovations in the 1990s. But how did Brendan accomplish writing a programming language in a matter of 10 days? What is so different about his browser that has the potential to change the way we experience the web? Let’s dig into the details to know more.

Growing up in Palo Alto, he went to Santa Clara University to study Maths and Computer Science. After completing his Masters in 1985, he began his programming career by writing Operating Systems and Coding at a company named Silicon Graphics.

With a long and growing list of accomplishments, Brendan Eich is most famously known for creating a programming language that came to be known as JavaScript. However, he has been the co-founder of open-source Mozilla Web Browser, CTO and CEO of Mozilla Foundation and recently the founder of Brave Web Browser. Brave has recently come with a creative philosophy of incentivizing the user for using the Brave browser and willing to view advertisements.

1995 turned out to be a defining year for Brendan as Netscape hired him to perform an extraordinary task to work on a prototype programming language for the Netscape web browser. However, to perform this herculean task, he was given just 10 days. All this, that, sounds crazy now, was happening in the era where Microsoft had released Windows 95 and made Internet Explorer the lynchpin of their services. This posed a direct threat to Netscape because their own web browser was insufficient for their envisioned functionality. Hence, they needed a language in the knick of time. Earlier, Java sounded like an obvious choice for its integration with Netscape. However, they were looking for a much less complicated version and lightweight language that would interest the non-professionals as well.

With a history of creating programming language since his childhood, Eich came as the natural choice for Netscape. As it turned out, the confidence posed in him was not futile, because JavaScript has become the most widely used programming language in the world. His success owed to his ability to get the basic features from Java, C, SmallTalk, and LISP. But what differentiated the language from others was its easy adaptability and efficiency of usage.

In 1998, Brendan partnered with Jamie Zawinski to manage the open-source code for Netscape. But AOL bought Netscape in 1999 and shuttered Netscape finally in 2003. As a result, the Mozilla Foundation became the independent entity and a spin-off of the Netscape browser. In 2005, he took over as the CTO of the Mozilla Corporation that was the for-profit arm of the Mozilla Foundation. Subsequently, he was promoted to CEO in 2014, but his tenure was quite brief.

Changing the Paradigm of Web Browsers

This creative revenue-sharing model holds the capacity to transform the way we experience the web. To put it in a relative manner, advertisers pay Google and Facebook to reach their audience. However, with Brave and BAT, users are able to control their data and get paid in exchange for consuming the content to be advertised.

jQuery presents a tree-like structure of all the elements on a webpage simplifying the syntax and further manipulating such elements. The jQuery Certificate exam by StudySection will secure your fundamental knowledge and a basic understanding of jQuery as an asset to improve your skills.