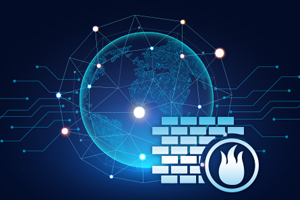 Why a firewall is important?

What is a firewall?

A firewall can be considered as a shield that blocks unsafe or unwanted traffic coming to a computer from another computer or server. It helps in safeguarding a computer against cyber attacks that prevail over the internet. Basically, the firewall monitors incoming and outgoing network traffic looking for unauthorized and suspicious activities.

Why is firewall important?

Configuring a file is as important as enabling it. Without proper configuration, a firewall will only be set with basic rules which will perform limited detection and the computer will be less secure. A firewall with an adequate configuration will be able to block the IP based on criteria such as login request failure, more than the required number of connections, port scanning and other malicious activities configured in the firewall. An HTTP request is allowed or denied by the firewall application according to the nature of the request. The main reason for a hacked computer is often an outdated application that is easy to crack for a hacker or spammer. But if a well-configured firewall is present on the computer then such attacks can be avoided. The user can ask an expert for help for the firewall setup if the user has no or little knowledge of computer settings.