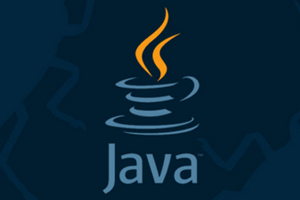 Java is a widely-used programming language and computing platform. It is used to create and run software applications. From smartphones to laptops, data centers, gaming consoles, and supercomputers, Java is used on most of the new-age devices. Java is considered as a fast, reliable and secure platform for programming. The main purpose of this language is to write code for an application once and then run it on any machine. The code that is compiled once, can be run on any platform that supports Java. The code is compiled to form a bytecode. This bytecode can be run on any JVM(Java Virtual Machine).

James Gosling, Mike Sheridan, and Patrick Naughton together expressed their thoughts to create a programming language and started the Java Language Project in 1991. It was invented to make televisions more interactive. In the beginning, Java was known as “Oak” which was termed after an Oak tree. The name was changed to “Green” and then finally to “Java”(derived from Java coffee).

The first Java version (Java 1.0) was released in 1996 by Sun Microsystems. The syntax of the language was kept similar to C and C++ so that the programmers find the language familiar. The first version of Java was quite secure and featured configurable security. The platform quickly spread out and web browsers started supporting the Java applets which made Java more popular. Java 2 was initially released as J2SE 1.2 which had different configurations for different platforms. J2EE had APIs for enterprise usage and J2ME included APIs for mobile applications and the desktop version was renamed as J2SE. The names were later changed to Java EE (for enterprise applications), Java ME (for mobile applications), and Java SE (for desktop applications).

The standards body and then Ecma International were addressed by Sun Microsystems in 1997 for the formalization of Java. But the process was withdrawn soon after. Now, Java is controlled by the Java Community Process. Sun provided most of Java implementations for free at a time although it was a closed source project. Revenue was created by marketing the licenses for specific products like the Java Enterprise System. Sun’s JVM (Java Virtual Machine) was released as FOSS (free and open-source software) on November 13, 2006. Leaving only a small portion of code behind (for which Sun had no copyright), Sun had made all of its JVM’s core code open under free software/open-source distribution terms.

After gaining the possession of Sun Microsystems in 2010, Oracle expressed its feeling of commitment to foster a fellowship of participation and transparency. Soon after Oracle filed a lawsuit against Google as it was found that Java was being used inside Google’s Android SDK. Although James Gosling retired from Oracle on April 2, 2010, the legal dispute kept going. A San Francisco jury on May 7, 2012, stated that if APs could be copyrighted, then Google had infringed Oracle’s copyrights by using Java in Android technology. On May 31 same year, a district judge ruled out that the APIs cannot be copyrighted. But in May 2014, this was reversed by United States Court for Federal Circuit. The district court decided in favor of Google on May 26, 2016, and ruled out that the copyright infringement of the Java API in Android constitutes fair use. The Appeals Court overturned this ruling in March 2018 which sent down the case of identifying the damages to federal court in San Francisco. In January 2019, Google filed a petition to challenge the two rulings that the Appeals Court made in Oracle’s favor.

Java is today, one of the well-known technologies used in a lot of devices and platforms. The key component of Android is Java language. Java has been performing well since its creation. Due to the usage of Java in a number of fields, it may also be the one technology that will shape our future.
Being the most extensively used JavaScript library, a jQuery certification will add enormous value to your skill-set. jQuery provides various functionalities to the developer in order to develop complex applications with ease and efficiency.