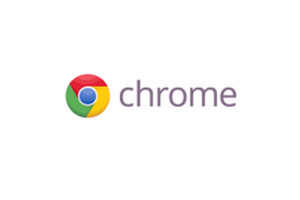 Chrome is an open-source web browser developed by Google which is used to locate, retrieve and display content on the World Wide Web. It simply works as a medium between the web server and the user. The web server sends the information to the browser which displays the results on an Internet-enabled device that supports it. Most of the people get confused between Google and Chrome. Google is a website for internet search while Chrome is a browser.

There was an already existing project of Google which was known as Chromium. Chromium’s source code was borrowed to develop Chrome. The first beta version of the Chrome browser was released on September 2, 2008, which was only available for Microsoft Windows. It took more than a year for Chrome browser to make its way to Linux and macOS. Chrome was launched by the time developers and internet users were not happy with Internet Explorer and Firefox.
In the beginning, the Google CEO, Eric Schmidt was against the formation of such an unconventional web browser. The co-founders of Google (Sergey Brin and Larry Page) hired some developers from Mozilla Firefox. They built a demonstration of Chrome, which invigorated the Google CEO to change his mind.

Benefits over the competition

At that time there were only two mass-market challenging browsers for Chrome namely, Internet Explorer and Firefox. But it was quite easy for Chrome to make an identifiable place in the market because at that time Internet Explorer was harshly criticized due to major security problems. Firefox was a good option but it had only 30% users over the market. When the Chrome browser came in the market with a sandboxing(A testing software that prevents malware or harmful applications from negatively affecting your system) feature it got a lot of attention from the customers. Google had more resources and technologies which were helpful to Chrome in quick growing.

How Google Chrome became the most popular browser?

In early 2005, Google assembled an experienced team of developers to build Chrome. Ben Goodger, who had done great work for Netscape and Firefox was consigned for the Chrome project. Between 2005 and 2006 Google hired some esteemed developers of Firefox and IE. Their job was clear that they needed to create an entirely new type of browser which could ‘sandbox’ each tab. With great hard work, Google launched its Product in September 2008. In just nine months from the official launch of the Chrome browser, more than 30 million people were browsing the web with Chrome. With more than 8,500 extensions and 1,500 browser themes, Chrome experienced dramatic growth by tripling its users from 40 million at the beginning of 2010 to more than 120 million users at the end of the year. The speed of the Chrome browser was a major factor behind its growth.
After that Google team did not want to limit Chrome only to Windows. In February 2012, Google launched Chrome for Android users. In June 2012, Google released Chrome for iOS. This step gave Chrome browser a rapid growth in the war of browsers. The next major development in the journey of Chrome occurred in September 2013 when the Chrome applications were released. By January 2014, applications of Chrome were launched for iOS and Android Mobiles. In August 2016, Google announced an initiative to move Chrome applications to the web browser.
The next update came in September 2017 in which Google introduced changes in autoplay media and video advertisements. This was the same year when Google launched the Chrome Enterprise Bundle. After that Google went quiet for more than a half year. The next major update of Chrome came in May 2018 in which Google announced the ability of Chrome to run the Linux apps. On the tenth anniversary of Chrome, there were more than two billion Chrome installations. From the first beta version (0.2.149) to the latest version(79.0), Google released a lot of extensions that can be installed to give extra functionality to Chrome.
Google Chrome proved itself to be one of the best things that happened in the history of the internet. By May 2019, Chrome had about 70% share of the browser market. In the sense of speed and security, it worked far better than other browsers. The main reason behind this is that extensions and updates are regularly released by Google. Google Chrome is an open platform that is not bound to anything. We can install the Chrome browser for almost all internet browsing devices.
StudySection has a long list of certification exams that it offers through its online platform. The PHP certification exam is one of the programming certifications that it provides. Whether you are new to PHP programming or you have extensive experience in PHP programming, you can get a certification according to your level. Attach a PHP certification with your resume to get the most out of job offers.