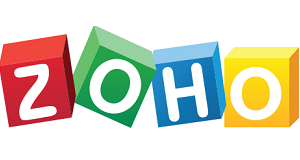 The founder and CEO of Zoho Corporation are “Sridhar Vembu”. Sridhar belongs to a very simple middle-class family in Chennai, where his mother was a housewife and his father was a stenographer in the High Court, and neither of them went to college. Sridhar’s early education started at a Tamil-medium, government-funded school where he studied till 10th grade. He completed his undergraduate at IIT Madras and his Electrical Engineering from Princeton University. After his Ph.D., Sridhar started working for Qualcomm in San Diego in the year 1994.

Zoho History
In 1996, Sridhar started Vembu Software in the suburbs of Chennai in a small apartment along with his brother Kumar and a partner, Tony Thomas. Except for some help from family and friends, the business had no external investment from anyone. Sridhar’s wife managed the house while he worked for his startup. Tony took a buyout from his job at Lucent Technologies, the company where he used to work which means that he had to pay a lot of people. In the beginning, Tony acted as the CEO and Chairman of the company, while Sridhar was its Chief Campaigner. The technology being sold by the company was getting promoted and marketed by Sridhar. He also started to approach customers in the Bay area as a lot of networking companies were being started there. Soon they started getting clients, out of which, Cisco was one of their first clients. The software started selling well and they sold it to many companies in Silicon Valley and they also managed to develop a good market in Japan. By the year 2000, their company grew to 115 engineers in India and 7 people in the US with a business of around 10 million dollars.

With the bubble burst in 2001, the networking business also faced a hard time. A lot of companies faced problems during the downtime and Sridhar’s company faced its share of problems. In 2002, the company took a huge hit and their customers reduced from around 150 to only 3 which led to a major downfall. At that time, Sridhar had just taken over as the CEO of the company and became a very critical phase for him. Sridhar took things in a positive way and observed that the company could not survive on just a single service. The bubble burst did not tear down the company but instead presented it the right direction to move. A lot of company resources and engineers were being idle due to the poor sales of the software and it was decided to make use of them.

Firstly, the same network management which was sold as OEM(Order Equipment Manufacturer) model was converted into an Enterprise model which led to the creation of ManageEngine. Secondly, they had an on-demand effort, for which engineers were assigned. These efforts gave birth to Zoho. They had a variety of products that have helped companies in their email & collaboration, Sales & Marketing, HR & Finance, and IT & helpdesk. Zoho has its competition with the likes of HP OpenView and Microsoft office. The key difference was both these directions were focused on the mid-level markets and not the high-end enterprise segment. A lot of ventures were gone by 2003 but on the other hand, the company had successfully managed to transition the core of their business similar to well-established companies.

Sridhar brought about a lot of changes in the next 2 years. Along with Google advertising to directly reach out to customers, they renamed the company to AdventNet in 2005 and also started their own informal university known as Zoho University. The reason for starting the university was to provide employment. According to NASSCOM, the major reason for unemployment was that the MNC’s and the bigger companies preferred to hire the toppers and from the best institutes of the world. Sridhar decided to hire young professionals whom others disregard. He decided to look for smartness over colleges, degrees, and grades. They even searched and found out poor high schools, and hired the students who were smart but dropped out of college due to financial reasons. After the selection criteria, the hired candidates were trained for nine months to produce them at the level of college graduates. The ability of these candidates to code was at par than rest and even better.

The company was renamed to Zoho Corporation in the year 2009. By that time, businesses were increasingly moving to the internet for rented software to run their operations, rather than purchasing licenses for costly software. Zoho Corporation also changed its direction, with its latest division of “Zoho.com”, it also began to offer internet-based software for work. Over the years, Zoho Corp got involved in three main divisions, namely Zoho.com, WebNMS, and ManageEngine. Half of Zoho Corp’s revenues today come from ManageEngine. The company does not reveal its financials but Bloomberg reported that in November 2012, ManageEngine contributed roughly 120 million dollars to Zoho Corp’s overall revenue of around 200 million dollars. This number has been observed to be increasing at a high rate. The revenues which stood at 300 million dollars in 2015 jumped to 500 million dollars in 2016 with users from the US, Europe, West Asia, and Japan.