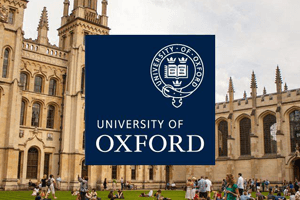 Oxford is a unique and historic institution that is synonymous with excellence in education and leadership. The University counts approximately 28 British Prime Ministers, 55 Nobel Prize leaders, at least 30 international leaders and 120 Olympic medal winners who studied there. Oxford has formed out of 38 colleges, each with its own heritage and tradition.

As no one knows about the foundation of Oxford, but teaching existed at Oxford in 1096 and developed from 1167 when Henry II banned English students from attending the University of Paris. Now here is the list of some of the most successful and famous alumni of the University throughout its history. They are popularly called ‘Oxonians’.

Albert Einstein studied at Christ Church College in the 1930s for some time before immigrating to the US. He was awarded the title of ‘Person of the Century’ by Time Magazine, for his ‘Theory of Relativity’ that revolutionized Physics as we study it now. Christ Church College is one of the most prestigious colleges. When it comes to alumni, royal personalities like King Edward VI of England and 13 British Prime Ministers were part of it.

David Cameron is a British politician who was Prime Minister of the UK from 2010 to 2016. He studied Philosophy, Politics, and Economics and graduated from Brasenose College in 1988.
During his studies he was actively involved as a Bullingdon Club, dining society member. William Webb Ellis, the inventor of rugby and William Golding, who won the Nobel Prize for Literature in 1983 are other notable alumni from Brasenose College.

Tony Blair, the British Prime Minister from 1997 – 2007, graduated from St. John’s College and studied law. He is also an advisor to many foreign governments. When it comes to alumni Nobel Peace Prize recipient Lester Pearson was the former Canadian Prime Minister who received the Nobel Prize in 1957.

Indra Gandhi was the First Female Prime Minister of India. She was the second longest-serving Indian Prime Minister because she served twice as Prime Minister. When she was living in the UK, she decided to continue her tertiary education at Oxford University. She joined Somerville College but She did not finish her degree due to ill health. Later, University of Oxford honored her with an Honorary Doctorate in 1971. Later in 2010, she was honored as one of the ten Oxasians, illustrious Asian graduates from the University of Oxford.

Dr. Manmohan Singh was the 13th Prime Minister of India from 2004 – 2014. He studied Economics when he earned his DPhil at Nuffield College from 1960 – 1962. Later in 1962, his doctoral thesis became the idea for his book “India’s Export Trends and Prospects for Self-Sustained Growth”. He also served as a finance minister. Another Economics alumnus Nicholas Stern, The British Economist.

Imran Khan was an International Cricketer and Captain of the Pakistan National Cricket team. He led his team to win the Cricket World Cup in 1992. He was a Student of Kable College. He studied Philosophy, Politics, and Economics in 1975 and even became captain of the university’s cricket team. He joined politics after cricket retirement and Now he is the Prime Minister of Pakistan.

Emma Watson is a well-known actress, model, and activist. She is popularly known for her role as Hermione Granger in the Harry Potter film series. She started her acting career when she was just 11 years old. She trained as an actress at the Oxford branch of Stagecoach Theatre Arts where she studied singing, dancing, and acting. After leaving school she attended Worcester College, Oxford during the 2011–12 academic year as part of the Visiting Student Programme.

How many famous personalities are Alumni of Oxford?

Which award was presented by Times Magazine to Albert Einstein?

He was awarded the title of ‘Person of the Century’ by Time Magazine, for his ‘Theory of Relativity’ that revolutionized Physics as we study it now.

When did Bill Clinton study at Oxford?

Bill Clinton, the 42nd President of the US from 1993–2001, studied Philosophy, Politics, and Economics from 1969 to 1971 at University College under the Rhodes scholarship.

Where did Emma Watson trained as an actress?

She trained as an actress at the Oxford branch of Stagecoach Theatre Arts where she studied singing, dancing, and acting.