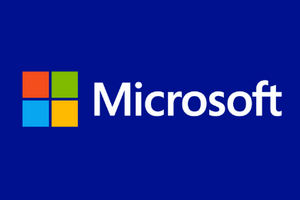 A brief history of Microsoft

From hacking the school’s computer to building a multi-billion dollar company, Bill Gates along with his school buddy, Paul Allen ventured Microsoft as an acronym of Micro-Computer and Software. Today, Microsoft is a giant in the computing business, mobile phone technology, gaming gadgets and much more.
Let’s dig a little deeper to understand the genesis and evolution of Microsoft and its sustainability model that transformed the meaning of computers for past and present generations.

In an era where computers were hard to come by, Bill Gates and Paul Allen would skip high-school classes to understand the mechanics of computers in the computer room. The reluctant Gates joined Harvard as a pre-law student in 1973. But after a strong persuasion by Paul Allen who was working as a software programmer in Boston, Gates dropped out of Harvard to work full time on their projects.
In 1975, they were offered a project by MITS to write a programming language, which was marketed as Altair BASIC. The Altair deal motivated them to start their own company – Microsoft in New Mexico with Gates as its first CEO.

Microsoft’s first official release of the software Xenix in 1980 was a version of Unix. Xenix was later used as the first Word processor as a predecessor to Microsoft Word. After the success of Xenix, Microsoft was ready for its breakthrough which came in 1981. Popularly known as the ‘Deal of the century’, IBM hired Microsoft to build an operating system that later came to be known as Microsoft Disk Operating System famously called MS-DOS.
Bill Gates was smart enough to license MS-DOS to IBM but retaining the rights of the software with Microsoft. This strategy of avoiding a copyright violation led him to earn a fortune as a software vendor. This deal with IBM also meant that for every computer that IBM sold, it had to pay a royalty to Microsoft for which the price came as 25 cents on each dollar earned (one of the most productive deals in the corporate world, to date). In 1990, when Windows 3.0 was launched, it sold 60 million copies which meant Microsoft would be the sole owner of the software PC standard.
After the success of Windows 3.0 and Windows 95, Microsoft had become a force to be reckoned with in the computing industry. The multi-folded popularity grew with the millennial version of Windows 2000 and Windows Vista (which was the longest-running version that kept running till 2014). After that Windows 8.0 and Windows 10 sustained the image of Microsoft keeping 90% of the users attracted to its alluring features over such a long period of time. Windows 10 is currently installed in over 800 million PCs all around the world.

However, when it came to expanding its horizons and experimenting with new things to counter its competitors, Microsoft took some bold steps. Acquiring Skype in 2011 was one of them. This was specifically done to counter Google’s Voice and Apple’s Facetime. Apart from that, it had entered the gaming industry as far back as 2001. With its gaming console XBOX 360, it gained popularity in the younger generation that made it outsmart Sony’s PSP. Windows Mobile OS is still being used by HTC, Nokia, Samsung, and LG.
Most recently, Microsoft has entered the market of Cloud Computing with its popular cloud service called Azure that lets its users build computing infrastructure on the cloud. In 2011, the cloud version of MS office was also released to make it efficient and easy to access. In this way, Microsoft has been diversifying its portfolio and carving niches in the computing industry.

Gates had met Steve Ballmer during his Harvard days. Little did Ballmer know that he would end up becoming the CEO of the largest software company in the world. Gates was at first skeptical about picking him as his successor, but he made up his mind after consulting the board in 2000. However, in 2008, he relinquished himself from the role of Chief Software Architect to devote more time to his philanthropic efforts but remained as Chairman of the board.
It was until 2014 that the board decided that it was time to have some young blood at the top, Satya Nadella, who was leading the Cloud and Enterprise operations at the time and had been a part of Microsoft for the last 20 years, was named as the next CEO. Under Nadella’s leadership, Microsoft has embraced the multi-platform strategy like never before and keeping Nadella’s skill set in mind, Microsoft has given a hint of the future of computing belonged to Cloud-based service.
Knowledge of .NET is quite rewarding in the IT industry. If you have got some skills in the .NET framework then a .NET certification from StudySection can prove to be a good attachment with your resume. You can go for a foundation level certificate as well as an advanced level certificate in the .NET framework.