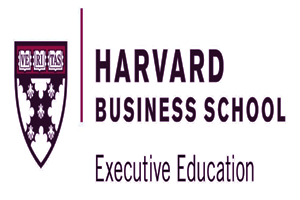 Harvard Business School is ranked as one of the top Business Schools in the world. Founded in 1908, it is the first institution in the world to grant a Degree in Masters in Business Administration. It is the graduate business school of Harvard University located in Boston, Massachusetts USA. HBS offers a large full-time MBA program, management-related doctoral programs, and many other executive education programs.

HBS has established a network of fourteen cities around the world to strengthen its global impact to facilitate faculty research and case development on an international scale. This remarkable network of global research enables the faculty to work with leaders of industry-academia, and government worldwide, and to learn from challenges faced by the business world and innovations wherever they occur.

Here is the brief description of some of the famous personalities of the world who have graduated from Harvard Business School:

Michael Bloomberg(MBA 1966) :
Bloomberg was born on 14 February 1942, at Brighton, a neighborhood of Boston.
An American businessman, author, politician, and philanthropist; he is the co-founder of Bloomberg L.P. He was elected as mayor of New York City from 2002 to 2013 and is currently a candidate in the 2020 Democratic presidential primaries.

Walter Haas Jr.(MBA 1936) :
Walter A. Haas Jr. headed Levi Strauss & Co as its CEO and chairman, succeeding his father Walter A. Haas. Under his leadership, the company grew from a regional manufacturer and wholesaler of work clothes. Now it’s one of the world’s leading apparel companies. In 1937, Haas graduated from the University of California, Berkeley. Haas earned an MBA degree from the Harvard Business School in 1939. The Haas School of Business was named in honor of his father.

George W. Bush (MBA 1975):
George W. Bush, an American politician who was elected as 43rd president(from 2001 to 2009) of the United States. After graduating from Yale University in 1968 George W. Bush has done his MBA from Harvard Business School in 1975, then he worked in the oil industry.
As a Republican, he had also served as the 46th governor of Texas from 1995 to 2000. Bush is referred to as George W. Bush or as Bush Junior to distinguish him from his father George H. W. Bush. His father George H. W. Bush was elected as the 41st president of the United States from 1989 to 1993.

Rahul Bajaj (MBA -1964) :
Rahul Bajaj the chairman of Bajaj Auto, was born on 30 June 1938, in Kolkata. Rahul Bajaj graduated in 1958 from St Stephen’s College Delhi and then got a degree in law from Bombay University. Then he went to Harvard Business School to pursue an MBA from the USA. Rahul’s grandfather Jamnalal Bajaj founded the Bajaj Group in 1926 and in 1968 he became CEO of Bajaj Auto.

Mitt Romney(MBA 1975) :
Born on 12 March 1947, in Detroit, Michigan, Willard Mitt Romney was raised in Bloomfield Hills, Michigan. Mitt Romney attended the prestigious Cranbrook School. Then he received his undergraduate degree from Brigham Young University in 1971. He received both a law degree and a Master of Business Administration degree from Harvard University in 1975.
Mitt Romney served as the governor of Massachusetts in 2003 and he was also the nominee in the 2008 election, losing to John McCain. With U.S. Representative Paul Ryan of Wisconsin as his running mate, Romney made a second run for the U.S. presidency in 2012. But he was defeated by President Barack Obama in a tough fight. In 2019 he returned to public office as a U.S. senator from Utah.

Ratan Tata (1975):
Ratan Tata is an Indian industrialist, philanthropist, and former chairman of the Tata Group of companies i.e. Tata Sons. He served as chairman of Tata Group, from 1990 to 2012, and again, from October 2016 through February 2017 joined as interim chairman. Ratan Tata was born in 1937 to Naval Tata and Soonoo Commissariat and has a younger brother Jimmy Tata. Naval Tata Ratan’s father, was remarried again to Simone Dunoyer, after they got divorced and had one son, Noel Tata, from his second wife. Ratan N. Tata is a highly educated businessman. In 1955, Ratan Tata graduated from Riverdale Country School in New York City. In 1959, he got a degree in Architecture from Cornell University, and in 1975, he pursued an Advanced Management Program from Harvard Business School

Stephen Covey(1957) :
Stephen Richards Covey was born in 1932 and was an American educator, author, and businessman. From the University of Utah in Salt Lake, CityStephen Covey got a BSc. in Business Administration. He also earned an MBA in Business Administration from Harvard Business University and thereafter did a Ph.D. from Brigham Young University. He worked as Professor at Marriott School of Management at Brigham Young University for several years, and he helped in establishing the Master of Organizational Behavior program, which was later merged into the MBA program. He is the author of some of the famous books like ‘The 7 Habits of Highly Effective People’, ‘First Things First’, ‘Principle-Centered Leadership’, ‘The 7 Habits of Highly Effective Families’, ‘The Leader In Me’, and ‘The 8th Habit’. After the first publication of ‘The 7 Habits of Highly Effective People’ in 1989, more than 30 million copies were sold worldwide.