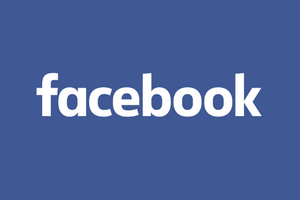 Since its inception, Facebook has been a part of many popular controversies. From stealing the idea from the Winklevoss Brothers to violating the privacy of its users, Zuckerberg has testified in front of U.S Congress many a time. Being the most popular social networking app, Facebook has become a part and parcel of our daily life. But how did it come into being? Who were the actual people behind this invention?

A science student at Harvard University, Mark Zuckerberg along with classmates, Eduardo Saverin, Dustin Moskovitz, and Chris Hughes invented Facebook. Surprisingly, the idea was inspired by a botched effort to rate one another’s pictures inside the campus. All of them got a warning from the university authorities but little did they all know what that half-baked idea will transform the future of social networking with 2 billion users as of 2018.

Zuckerberg, in 2003 was a sophomore student at Harvard, where he wrote the code of software for the website called Facemash. He had put his skills to questionable use by hacking into Harvard University’s security network, wherein the copied the student ID images used by the dormitories and used them to make his new website popular.
Website visitors could use Zuckerberg’s site to compare two student photos side-by-side and determine who was “hot” and who was “not.” Facemash was made public on October 28, 2003—and closed a few days later, after it was shut down by Harvard executives. In the aftermath, Zuckerberg faced serious charges of breach of security, violation of copyrights and individual privacy. Though he faced expulsion from Harvard for his actions, all charges against him were eventually dropped.

TheFacebook: An App for Harvard Students

On February 4, 2004, Zuckerberg launched a new website called TheFacebook. He named the site after the directories that were handed out to university students to help them to get to know one another better. A few days later, he found himself in trouble again when Harvard seniors Cameron Winklevoss, Tyler Winklevoss, and Divya Narendra accused him of stealing their ideas that they had intended to create a social networking website called Harvard Connection. The claimants later filed a lawsuit against Zuckerberg, however, the matter was eventually settled out of court.
Membership to the website was at first restricted to Harvard students. Over time, Zuckerberg enlisted a few of his fellow students to help grow the website. Eduardo Saverin, for example, worked on the business end while Dustin Moskovitz was brought on as a programmer. Andrew McCollum served as the site’s graphic artist and Chris Hughes became the de facto spokesperson. Together they worked as a team that helped expand the site to additional universities and colleges. From Harvard University, the website was later opened for the students of Stanford, Yale, and Columbia. Later on, the access was made available for everyone.

In 2004, founder of Napster and an angel investor Sean Parker became the company’s president. The company changed the site’s name from TheFacebook to just Facebook after purchasing the domain name facebook.com in 2005 for $200,000. The following year, venture capital firm Accel Partners invested $12.7 million in the company, which enabled the creation of a version of the network for high school students. Facebook later expanded to other networks and connected people from all around the world.
In September of 2006, Facebook announced that anyone who was at least 13 years old and had a valid email address could join. By 2009, it had become the world’s most used social networking service, according to a report by the analytics site Compete.com.

Social Welfare by the Zuckerbergs

While Zuckerberg’s antics and the site’s profits eventually led to him becoming the world’s youngest multi-billionaire, he’s done his part to spread the wealth around. He’s donated $100 million dollars to the Newark, New Jersey public school system, which had long been underfunded. In 2010, he signed a pledge, along with other wealthy businessmen, to donate at least half of his wealth to charity. Zuckerberg and his wife, Priscilla Chan, have donated $25 million toward fighting the Ebola virus and announced that they would contribute 99% of their Facebook shares to the Chan Zuckerberg’s Initiative to improve lives through education, health, scientific research, and energy.