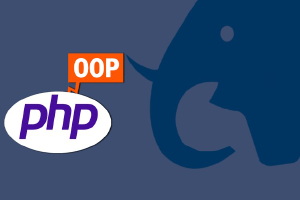 What is Object Oriented Programming?

Object oriented programming is a programming language, which is linked to the concept of classes and objects and many concepts revolving around them, such as inheritance, polymorphism, abstraction, encapsulation, etc.

Let’s take Human Being as a class. A class is a blueprint/template for objects which defines its properties and its functions. For e.g. Human Being has body parts and performs various actions.

An object is an instance of the class which holds the local variables with values assigned and using the object we can call the local methods defined in the class.

To access class variables and methods using the object of the class, we use the -> operator followed by the name of the variable or the method’s name.

Considering Human Being a class, having properties like hands, legs, eyes, etc, and functions like walk, write, talk, see, etc. male, female are also classes and most of the properties are included in Human being class, so they can inherit everything from it using the concept of Inheritance. Inheritance enables classes to form a hierarchy like a family tree and allows reusing code.
Syntax:

My name is Anshul and I am an instance/object of class Male. When we say, Human Being, Male or Female, we mean a kind, you, your companion, me we are the forms of these classes. We have a physical presence, whereas a class is just a logical definition. We are the objects. The fundamental idea behind an object-oriented language is to enclose a bundle of variables and functions into a single unit and keep both variables and functions safe from outside interference and misuse.

Such a unit is called an object which acts on data. The functions of an object are called methods and all the methods of an object have access to variables called properties.

Note: The variable $abc becomes a handle/reference to our person class. I call $abc a ‘handle’, because we will use $abc to control and use the person class methods. In case you run the PHP code now, you may not see anything shown on your pages. The reason for this is that we have not told PHP to do anything with the object we just created.

The ‘new’ keyword
For creating an object out of a class, you must use the ‘new’ keyword. When creating/instantiating a class, you can optionally add brackets to the class name, as I did in the example below.
From the PHP point of view, each object is its’ own entity.

Note: While creating an object, don’t quote the class name. For example:
$abc = new ‘person’; will get you an error.

This concept may be a bit tough to clarify with our illustration. Our Legs are binded to help us walk. Our hands, facilitate us hold things. This binding of the properties to functions is named Encapsulation.

With Encapsulation, you can control, access and set class parameters and methods. You have control and set, which portion is visible to outsiders and how one can you set your objects parameters?

Poly means many and morph means forms. Polymorphism is a concept, which permits us to redefine the way something works, by either changing how it is done or by changing the parts using which it is done. Both ways have distinctive terms for them.

Polymorphism describes a pattern in Object Oriented Programming in which a class has different functionality whereas sharing a common interface.

The following are PHP keywords used as access modifiers along with their meaning:

Getter and setter functions
I’ve created two interesting functions/methods: get_name() and set_name(). These methods follow a common OOP convention that you see in many languages where you create methods to ‘set’ and ‘get’ properties in a class.

Another convention (a naming convention), is that getter and setter names must match property names.

Note that the names of the getter and the setter match the name of the associated property.

That way, when other programmers want to use your objects, they will know that if you have a function called ‘set_name ()’, then there will be a property/variable called ‘name’.

The ‘$this’ variable
You noticed this line of code: $ this-> name = $ new_name. $ This is a built-in variable (built into all objects) that points to the current object. Or in other words, $this is a special self-referencing variable. You use $this to access properties and to call other methods of the current class.

For now, just think of $this as a special PHP keyword. The PHP engine knows what to do when it comes across $this.

Note: Include class in the main PHP page
You’ll never create your PHP Php class directly inside your main PHP pages – which will help defeat the objectives of object-oriented PHP in the first place.

Instead, it is always best practice to create separate PHP pages that contain only your classes. You will then access your PHP objects/classes by including them in your main PHP pages by either a PHP ‘include’ or ‘require’.

Note: Notice how we haven’t done anything with our class yet.

When you need to let a class to compulsorily implement some methods in it, you can use interfaces. This is a good practice when creating real-world web applications in PHP.
If you need to support child classes by adding some non-abstract methods, then you should use abstract classes.