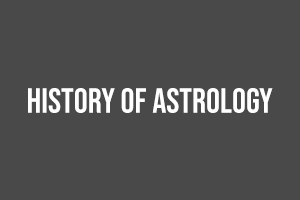 India had its own system name as Astrology perhaps early as 2000 BC. Indian Ancestors studied, observed, and mapped the movements of stars and planets and what appeared to rise over the Eastern horizon, and move on their appointments across the sky.
Knowledge of repeating patterns became a useful tool to predict seasons and weather conditions. Hopefully, it comes as no surprise that we are the fortunate recipients of our ancestors due diligence in connecting the celestial dots.
Success with predicting weather and natural disasters evolved into more sophisticated and complex theories and beliefs. These allowed devotees to take another leap and use the mapping of the celestial bodies to understand and predict events in the lives of human beings.
Great philosophers and mathematicians including Ptolemy, Plato, Aristotle, Copernicus, and Sir Isaac Newton were among those scientists who experimented with the application of theories of astronomy and astrology. Hippocrates, the famous Greek physician is quoted as saying “A physician without a knowledge of Astrology has no right to call himself a physician.” Historically Astrology has been used to plan important actions ranging from declaring war to celebrating a wedding.
In recent times, there has been a division into camps, with most astronomers and other scientists coming down on the side of disbelief and disregard for astrology, while the New Age with its revitalization of shamanic traditions and perennial philosophy has been in the camp of the believers and those working with Astrology.

The zodiac is believed to have developed in ancient Egypt and later adopted by the Babylonians. Zodiac is derived from the Greek word and the meaning of the zodiac “circle of animals”. Early astrologers found 12 lunar cycles (i.e., months) for the sun to return to its original position. They observed that they were linked to the progression of the seasons and identified 12 constellations and assigned them names of certain animals and persons (for example, the rainy season was found to occur when the Sun was in a particular constellation. It is also known as Aquarius or water bearer).

The signs of the Zodiac are categorized into four groups: