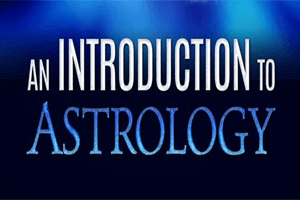 An introduction to Astrology

There is no scientific basis for astrology. There are many theories but none of them are proven.
Astrology has been with us for thousands of years and its earliest origins are to be found in Iraq in 3500 BC. At that time the calculation of planetary movements was made without any scientific instruments yet they are very accurate.

There are three main systems of astrology today Chinese, Indian and Western. All great ancient cultures created their astrological system.

The different type of zodiac

The zodiac is in an area of a square that extends approximately 8 degrees north or south of the ecliptic. The big difference between Indian astrology and the western is the Indian is based upon the position of the sun as seen against the background of the constellation whereas Western astrology is based on the position of the Sun relative to the earth’s horizon. In simple language, we can say Indians use the sidereal zodiac and western use the tropical zodiac.

Astrology is the subject of a horoscope of 9 planets and 12 zodiac signs with 27 constellations to know our life events in the future.

It is of the two types of ganit (mathematical) Jyotish and falit (predictive) Jyotish.

The ganit or mathematical Jyotish comes under scientific calculations because to find out the exact degree of the planet and at the place of the time of the birth.

The falit Jyotish our predictive astrology comes under the belief that is why every astrologer can predict differently for the same planetary positions. 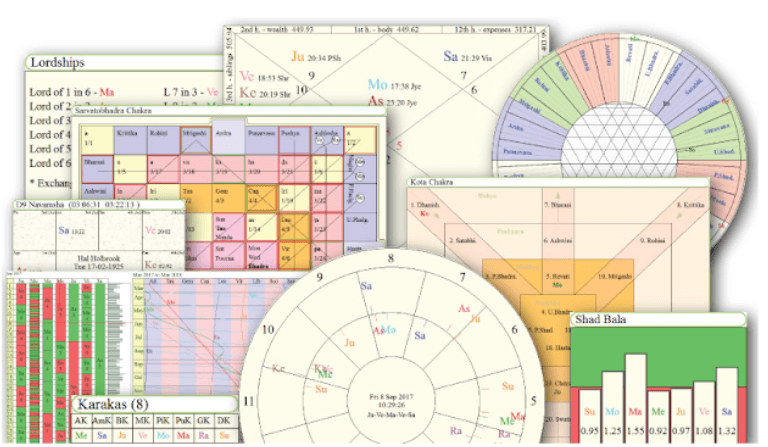 How does it work?

The main areas of life for education, marriage, profession, health, childbirth, and death.

Every question to an astrologer can fit into one of these six categories.

The general mode of life is also that we are born then educated then we set a profession then we married and then we have childbirth we have some health problems in old age and after that, we will die.

Even the problem is in one area of life but it will affect other areas also, for example, our education can affect our career and our marriage can affect our old age and children.

Now there are 12 signs in the zodiac and each one of them has their characteristic.

Like the 12 signs of the zodiac, there are also 12 houses which can be calculated from the intersection point of the equator and the horizon of place and the time of birth.

These houses are the base of astrology, everything in our life from pin to airplane comes under these houses therefore have their vast significations.

First House: Appearance, how others see you, personality, the physical body

Third House: Communication, intellectual, the functioning of the mind

Eleventh House: Groups, social causes, and ideas, hope and wishes for the future

Planets are the most important feature of astrology to work without planets there is no meaning zodiacs and houses as well.

In the Vedic system or Indian system of astrology, we consider 7 planets only namely the sun, moon, mercury, mars, venus, Jupiter, and Saturn.

Each of the seven planets is the lord of one of the zodiac signs and also revolving in some zodiac signs with different speeds which are also called transits of planets.

The changing of planets makes every person’s birth chart different from others according to place and time of birth.

Also, planets have their significations listed below.

Astrologers will now combine the significations of planets in houses and zodiacs which can give predictions.

For example, let’s say 4th house falls in the Cancer sign and the lord of the Cancer sign is the moon now let’s see the moon is in the 6th house now we can see the significator of 4th house is mother II and the moon is also the sign of mother as said above and it is in the 6th house is the significant other of diseases show the prediction can give the health of the mother is not good.