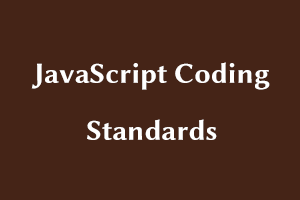 JavaScript is a client-side as well as a server-side scripting language used to make interactive web pages with the help of CSS and HTML.

Objects must be declared in a single line if they are short like 100 characters per line.

If the line length exceeds then there must be one property per line.

To avoid difficulty while reading complex statements, indentation and line breaks can be used so that our program must be read easily. We should make use of tabs for proper indentation.
Example:

Instead of using a new array() notation for creating an array, we must use a shorthand constructor [ ] to create an array in JavaScript.
Example