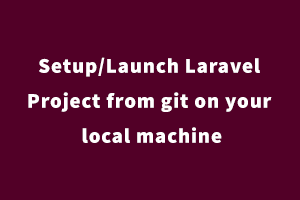 Setup/Launch Laravel Project from git on your local machine

Let’s see what terminal commands we need to perform after taking a clone of the laravel project from GitHub/GitLab.