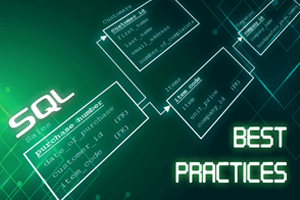 The key to good database design is, to always put performance and security on priority. Remember to properly format the code for other developers who might need to edit the code or maintain it in the future. SQL may get complicated if we don’t organize our code according to the techniques discussed above. We should always create a design layout before starting the code.