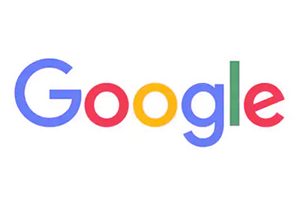 A brief history of Google

Search engines are digital encyclopedias that provide internet users with near-infinite information on just about anything. It basically functions on an algorithm that ranks the websites based on the ‘back-link’ provided by them. There were various popular search engines in the 1990s when the idea of creating Google came into the minds of Larry Page and Sergey Brin. But what made Google stand out from the likes of Yahoo! and others? Why did Google rank to prominence and sustain itself as the single most search engine that has become part and parcel of our lives?

What’s in a Name?

Well, for Google, the name defines and portrays the philosophy behind their origin. Googol, a word later to be found in a book ‘Mathematics and Imagination’ by Edward Kasner & James Newman means, a digit that is followed by 100 zeros. To their founders, Google represented the platform where the plethora of information that is scattered, could be encapsulated in one place. It has been out there for the last 20 years and we all know how much Google lived on its name.

The Journey from Backrub and PageRank to Google

While pursuing their graduation in Computer Science from Stanford University, Larry Page and Sergey Brin collaborated on writing a program for search engines which they named as Backrub. They named it after its ability to analyze the backlinks of various websites. The project became a hot topic at the time and was even titled in a popular magazine.
The search became unique in the sense that it used a technology named PageRank which determined the relevance of any website based on the number of pages and its relevance with the search that was made by the user. Prior to this, search engines used to show results based on how many times the searched matter is used on any website, which led to less relevant matter reaching out to the public. PageRank eliminated the possibility that led to its increased popularity. The success of Backrub and PageRank sowed the seeds of Google.

Initial Struggle and Rise to Prominence

Google being a shoestring project, Page and Brin operated from their dorm rooms where they had built a server networking using borrowed and cheap computers. They both even spent all of their money buying terabyte disks at discounted prices. They underwent a failed attempt to license their search engine but no one showed any interest at an early stage. Page even thought of selling the product but later changed his mind. They decided to polish the product and enhance its functionality.
The strategy fructified and eventually, Google turned into a hot commodity. The first cheque was written by Sun Microsystems co-founder Andy Bechtolsheim who was so impressed by the idea that he instantly wrote a cheque of $100,000. However, this was made when Google was not even a legal entity, hence he had to write it for Google Inc. Page and Brin incorporated the company on September 4, 1998. The cheque invited the attention of other popular angel investors who contributed $900,000 in the initial rounds. This also included the founder of Amazon.com, Jeff Bezos.

In 2001, Google filed a patent for its PageRank technology and got it with Larry Page as its inventor. From this stage, there was nothing holding the success of Google. They introduced Gmail, Google Docs, Google Drive, Google Voice, and a Web Browser – Chrome. It also acquired YouTube and launched Google Maps in the upcoming years that transformed the way we used the internet.
Most recently, they have entered the smartphone market with Nexus phones which have an Android operating system that was introduced by Google itself. There are Chromebooks available in the market which can connect to Google Fi, their own broadband connection. Their self-driving cars have recently become the talk of the town that will compete against companies like Tesla. With groundbreaking inventions since its inception, Google is building an unpredictable future. Google AdSense and cost-per-click are its self-service programs that were introduced in 2000, where advertising on various websites help big businesses grow and reach their potential customers.

From Strong to Supreme

Capturing crucial markets with their third party collaborations, Google not only kept up with the latest trends and technology needs, but it also paved the way for other players in the market and led by example. In 2007, Google was listed by Fortune magazine as the number 1 company to work in the US. The motto of the company ‘Do No Evil’ although begs question after some controversies surrounding privacy and monopolizing the market myths. But it bodes well and the brand itself has become a word of mouth as much as working for Google has become the dream job for youth.
People having good knowledge of Financial accounting can get an accounting certification from StudySection to increase their chances of getting a job in this field. You can get a foundation level certification if you are new to Financial accounting or you can go for advanced level certification if you have expert level skills in Financial accounting.