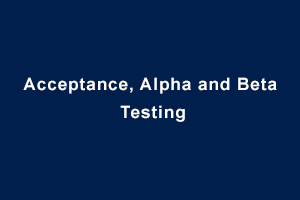 It is an end to end testing done by IT engineers or testing engineer seating at customers’ place where they refer to the user’s scenario to check whether the software is capable of handling it or not. 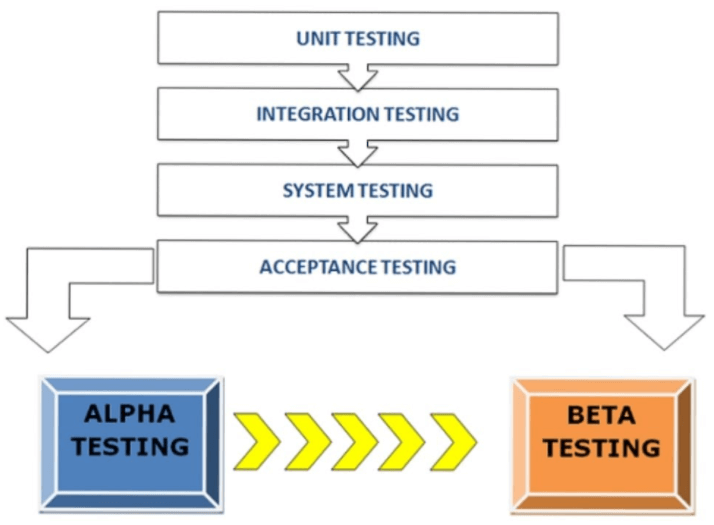 Alpha and beta testing are acceptance testing types that help in building confidence to launch products in the market.

Alpha testing
Alpha testing is a type of acceptance testing performed to identify all possible issues/bugs before releasing a product to everyday users or the public. Both black box & white box testing can be used. The main aim is to carry out tasks that a typical user might perform. It is carried out in a lab environment and usually, testers are internal employees of the organization. This kind of testing is called alpha testing only because it is done early on.

For example:- When a company like Microsoft and IBM launch a new operating system in the market so they apply the alpha testing phase on software. The team consists of high-level developers to test the software in alpha testing.

There are two phases of alpha testing:

Phase 1
In the first stage of alpha testing, software engineers do the testing. They use debugger software to improve the process. The main aim is to find all the bugs as quickly as possible.

Phase 2
The quality assurance(QA) team conducts the second phase of this testing. This phase includes the black box as well as white box testing.

The main purpose of doing alpha testing is to find bugs that escaped the previous tests. Alpha testing help to detect and fix bugs that exist in the system just before releasing it for beta testing.

Beta testing
Beta testing is the procedure of subjecting software to test by real clients in real surroundings before its release. Can be termed as external user acceptance testing. It is released to a limited number of end-users to obtain feedback on product quality.

For example:-
Recently Microsoft corporation released Windows 10 beta and based on the feedback from thousands of users they managed to release a stable OS version. In the past, Apple also released OS X beta in public and fixed many minor issues, and improved the OS based on user feedback.