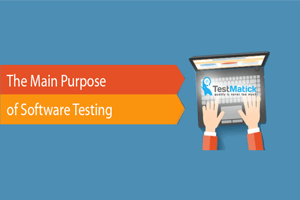 Software testing is the process in which a program is run to find any errors or bugs present in it. It ensures that the program works correctly without any problems. Some of the main points to be considered for testing are listed below:

Black Box Testing is a method of testing in which tester is not aware of the coding or internal implementation part of the program. The tester can only give input and get output from a program and cannot have a view of the program structure.

Black Box Testing provides a user’s perspective. It can point to any inconsistencies with the requirements. Programing knowledge is not required by the tester for black box testing.

Example
An example of white box testing can be a simple calculator program that calculates the EMI of any amount with any rate of interest. The tester would look at the code of the program to verify that the formula to calculate is present correctly. The tester would require the knowledge of that particular programming language in which the program has been developed to verify that.