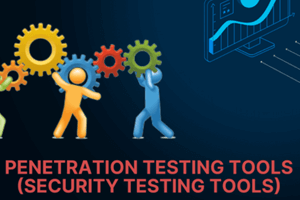 In Penetration Testing, testers try to breach application systems, (e.g., application protocol interfaces (APIs), (frontend/backend servers) to uncover vulnerabilities (The vulnerability is a language used to identify flaws in the system which can expose the system to security threats.). such as unsanitized inputs that are vulnerable to code injection attacks.

Information provided by the penetration test can be used to make your web application’s firewall security policies and detect vulnerabilities.

Penetration Testing lets the user find out the known weaknesses in the application and defines methods to fix and improve the overall security of the application. It primarily finds out if security patches are installed and whether or not the systems are properly configured to make attacks difficult.

Importance and the need for Web App Testing:

Therefore Penetration Testing becomes important in making certain that we are building a secure system that can be used without any worries of hacking or information loss.

This information is used by security personnel to help configure the WAF settings of a company and other application security solutions to patch vulnerabilities and protect against future attacks.

Here are some of the best penetration testing tools for carrying out pen testing exercises: