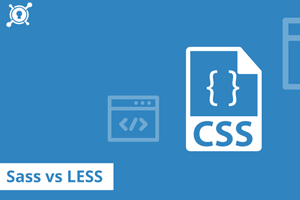 What are CSS Preprocessors? and Why use them?

Using Cascading Style Sheets or CSS, we can design our websites exactly the way we want it. But CSS has its limitations as well. It is proven that CSS can help to create a stunning website. But in a case when we come across large and complex sites it makes it tough to maintain CSS throughout the website. Due to this, requirement arises where a designer wonders if stylesheet language could have been better and it is where CSS Preprocessors comes into play. These preprocessors make the CSS structure more readable and easier to maintain. There are many CSS Preprocessors whereas most commonly used preprocessors are Leaner Style Sheets or LESS and Syntactically Awesome Style Sheets and Stylus or SASS.

These two are CSS preprocessors or the dynamic preprocessor style sheet languages that can be compiled into CSS and hence run on either the client-side or server-side. Where LESS is JavaScript based and SASS is Ruby-based preprocessor. There are two ways to install them –

For installing SASS, we will need to install RUBY and for LESS, we will need NodeJS to run it.
We can also install their extensions in our code editors to highlight SASS or LESS syntaxes with proper colors for example: for Eclipse there is an extension “Eclipse platform” for SASS and “Eclipse for LESS” for LESS.
Just add your SASS and LESS syntax and your CSS file and save it using file extensions .sass or .less. respectively.

Features of LESS and SASS

Both of them provide a lot of features that help us to compact our CSS. Let’s discuss some of the SASS and LESS features, that help us in using CSS in a better way and hence saving our time.