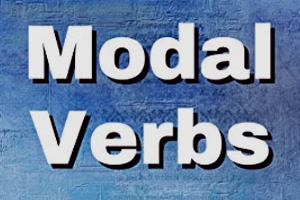 A verb that adds up with other verbs to build a mood or situation is known as a modal verb. Also known as a “modal auxiliary verb,” a modal verb denotes probability, obligation, permission, habits or ability. A modal verb never shifts its form, meaning that it does not use “ing,” “en,” “s,” or infinitive forms.

Here we have the English modal verbs:

Modal verbs are different from regular verbs in the following ways:

Probability
Modals are used when we need to tell how much sure we are that something has happened/is happening/will happen. We usually call them as modals of deduction or certainty.

Ability
Someone’s talents or abilities can be mentioned using “can” and “could”.

Obligation and Advice
Verbs like “must” or “should” are used to say something essential or unnecessary or to guide.

Permission
Verbs like “can,” “could” and “may” are mentioned when asking for, and giving permission. Modal verbs are also used to say something which is not allowed.

Habits
Practices or activities we usually do or did in the past can be mentioned using “will” and “would”.

Could have with the past participle

Should have with the past participle

Would have with a past participle