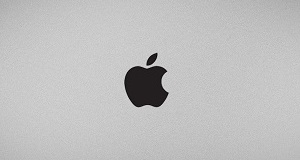 The Future Vision of Apple Company

Apple Inc.
Located in Cupertino, California, Apple Inc. is a manufacturer of software and consumer electronics. Apple is famous for its products such as the iPhone, MacBook, Apple watch, etc. In the past years, Apple has procured the industry’s leading advantage through an unmatchable stock market valuation of 1 trillion dollars. Began with the iPhone, Apple’s future is a lot more incredible. With a lot of products in the pocket, Apple did not just stick to its present technologies. The company has to compete with technologies from its top competitors namely, Amazon, Google, and Facebook. In order to be number one, a company should bring something different to the market. Keeping this thing in mind, Apple regularly organizes various conferences in which they focus on investors, developers, and consumers. Apple doesn’t name its conferences as future plans directly but instead, just give an idea about its future vision. One has to look closely at the key points of the conferences to actually know what Apple is planning for its tech market’s future. The company doesn’t just introduce new interesting products as it focuses more on building a base structure for what is coming next. Some experts call it as a Trojan Horse Strategy in which initials for the next set of technology products are sneaked into the tech we are already using.

AR Smart Glasses
AR Smart Glasses are being predicted for the year 2020. According to the current strategy of Apple, AR technology is in its main focus for the near future as the software implementation of AR with the AR Kit for iPhone and iPad is being done by its developers in California. It is obvious that dedicated eyewear using augmented reality can be launched next year. The data glasses can have their own processor and a new iOS-based “rOS” (Reality Operating System). The device would probably be an AR headset which will overlay the virtual images on top of what we see in the real world.

Full Self-driving Vehicle
Ming-Chi Kuo is a respected Apple analyst and holds extensive knowledge of Apple’s current and future product line-up. He believes that Apple is working on an independent Apple car. According to him, the company could launch the much rumoured “Apple Car” in the year 2023 to 2025. The revolution due to this launch in the automotive sector could be similar to the revolution that was observed when iPhones were introduced in the mobile industry. Apple dropped the idea of developing the car for once and started building an autonomous driving system rather than a full car. Ming-Chi Kou believes that Apple is still working on the Apple Car concept.

Titan
At first look, Kuo’s analysis surprises everyone. According to the analysis, Apple has a secret project going on with the name “Titan” which aims to launch a technology to automate the vehicles. There are also some reports which suggest that Doug Field, a Tesla manager will now work with Apple for “Project Titan” but this has not been officially confirmed. Before working for Tesla, Doug worked for Apple as a top hardware engineer from the year 2008 to 2015. Apple does not like to share the details of their ongoing works but as the project has to follow rules and regulations, it can’t be kept a secret. Apple CEO Tim Cook confirmed the company’s work in a rare candid moment as he spoke publicly about the autonomous driving software. In early 2017, Apple was granted a permit to test self-driving vehicles on public roads by California DMV.

Apple TV Services
In annual investor’s meeting at its Apple Park campus in Cupertino, California, the CEO Tim Cook gave a few details on Apple’s future product ideas. He admitted that the company is on its way to meet the goal set in 2016 to reach 50 billion dollar mark by the year 2020. Apple is soon going to release two new products for its services category which includes a streaming TV service and a new Apple News service. The streaming TV service will have original television shows and the Apple News service will give access to subscription of news sites and magazines with monthly plans.