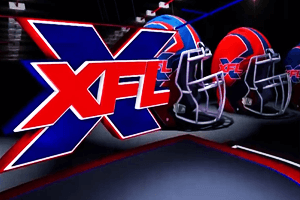 WWE supremo, popularly known as Vince McMahon, has announced the return of his own football league – the XFL – for 2020. XFL (2020), a professional American football league. McMahon, chairman of World Wrestling Entertainment, reported the announcement and that the league is not planning to start up again until 2020. The XFL is an opportunity to reimagine America’s favourite sport for the media and most importantly football fans and look forward to implementing innovative ideas from players, coaches, medical experts, technology executives.

WWE clarified at that time that it was not going back into the football business, but McMohan insisted and continued with his role. The chairman and CEO of WWE McMahon created Alpha Entertainment separate from WWE and also acquired five XFL trademarks that WWE abandoned between 2002 and 2005. In order to help fund the company, he sold 3.34 million shares of WWE stock (about $100 million worth).

XSL Stands: In short XFL is an alternative to the NFL. Founders wanted to name their league as “eXtreme Football League,” whereas they said, “X” stands for anything, but since a league of a similar name already existed, NFL which they considered being stuffy and boring.

How is the XFL different from the NFL?

The XFL is a faster version of the NFL with a stated intention to play games in under three hours. For XFL several NFL rules have changed and added a continuous clock that won’t stop for incomplete passes or plays that go out of bounds except in the final two minutes of each half.