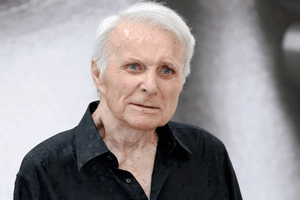 Who was Robert Conrad?

Robert Conrad was an American film industry actor, singer, and stuntman. He is best known for his role in the television series of 1965-1969 the Wild Wild West. He graduated from Northwestern University.

Robert Conrad was born on 1 March 1935 to Leonard Henry Falkowski and Jackie Smith in Chicago. Conrad attended Chicago’s school including South shore high school, Hyde park high school, the YMCA School. He spent a few years out of school supporting himself and his family by driving the milk truck and singing in Chicago cabaret. He lived with his grandmother when his mother remarried. After working in Chicago and studying theatre arts at Northwestern University he pursued his acting career. He is best known for his role in the series the Wild Wild West. Robert Conrad has 18 grandchildren and 8 children shared with ex-wives LaVelda Fann and Joan Kenley. Robard Conrad was a star football and basketball player in middle and high school.

In 1957 Robert Conrad met with an up and coming to actor Nick Adams. It was Adam who helped Conrad to get his first Hollywood movie in 1957. A few movie bit parts later he was signed for a comparative pittance by warner bros. He also sang several songs with warner bros. In 1969 he was cast as detective Tom Lopaka in the adventurous series in Hawaiian Eye.

In 1965 he was cast as the frontier secret agent James West in the wild wild west. ON the wild wild west he did most of his own stunt work resulting in several injuries during the show.
After wild west Robert Conrad did another Tv shows including The D.A., Assignment: Vienna, Centennial, and Baa Baa Black Sheep later. As the star of the original TV series The Wild Wild West (1965), he attended The 20th Annual Razzie Awards, snidely accepting several of the statuettes on behalf of the Barry Sonnenfeld movie remake (Wild Wild West (1999)).