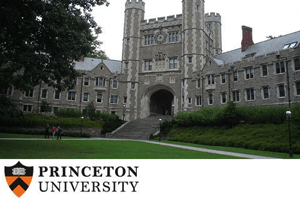 A Brief History of Princeton University

From the World’s richest man Jeff Bezos, Former First Lady Michelle Obama, the German Enigma Codebreaker Alan Turing, former U.S. President John F. Kennedy, Steve Forbes, and as many as 29 Noble Prize winners have been part of Princeton University. The bright minds were given an arena where they could utilize their capabilities to the maximum of their potential. But how did this great institution came about? Who all contributed towards the growth and development of Princeton? All of this will be discussed below.

From New Jersey college to Princeton

Founded in New Jersey, in 1746, as New Jersey College, it was moved to Nassau Hall in Princeton. In 1783, This hall hosted the U.S. Congress for about four years which co-incidentally inspired many of the students to become the leaders of the young republic. In its early days, the Presbyterian outlook of the college tended towards conservative thinking. However, later on, it started embarking upon a more liberal and acceptive approach under future U.S. president, Woodrow Wilson, who became it’s president in 1902 and led the crusade of transforming the college to a full-fledged university.

What Princeton stands for

Being the 4th oldest educational institution in the United States, Princeton works as an independent, non-discriminatory and prestigious institution that provides quality education in both Social and Natural sciences apart from Engineering and Humanities. Being part of the elite members of the Ivy League, Princeton is known to be one of the universities, not just in the U.S. but the whole world. The prestige and quality also expect many applications. Towards that end, the acceptance rate is as low as 5% which means, for all 100 people who apply to study there, only 5 students stand a chance to get in.

Spread about 600 acres of land, it hosts to about 5000 undergraduate students who are enrolled at Princeton every year. The applicants are usually from all parts of the U.S and more than 50 other countries in the world. However, it’s international students only make 9% of the total enrolled students. Princeton has distinguished 850 faculty members who work full-time to increase the quality and research standards of Princeton.

The 13 libraries of Princeton are the world’s most distinguished and fully equipped with state of the art infrastructure that holds about 6 million books and an equal number of manuscripts, prints, and archives.

Princeton has two major undergraduate programs in Arts and Science in Engineering. The courses in humanities are usually seminars and lectures with discussions. The postgraduate degrees consist of Economics, History, Philosophy, Physics, Mathematics. Apart from social sciences, Princeton is also popular for its courses in the fields of Engineering and Architecture.

Princeton University also hosts a natural history museum, an art museum, and a university chapel that are all open to the common public. Sculpture from the John B. Putnam Jr. Memorial Collection can be seen on the campus.