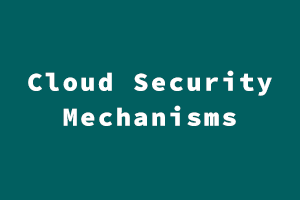 A threat is a potential cause of an incident that can cause harm to a system or an organization while a vulnerability can be defined as a weakness in the system which is exploited by a threat. A threat agent exploits one or more vulnerabilities to carry out a threat. They are discussed in detail below:

Denial of Service (DoS) is an attack that is meant to shut down a network or a machine, thereby, making it inaccessible to the users who are intended to use it. DoS attacks flood the target server with traffic, or by sending information that triggers a crash on the server’s end. Victims of DoS generally include web servers of high-profile organizations such as banking, media companies, trade, or government organizations. DoS attacks may not result in the theft or loss of any information but they can cost the victim a great wastage of time and money to get things fixed.

Distributed Denial of Service (DDoS) is a malicious attempt to disrupt the normal traffic of a target network, server, or service by flooding the target or its surrounding infrastructure with Internet traffic. The attacker takes control of several victim systems known as zombies, also known as a botnet by spreading various types of malware. Now, the attacker can shut down a network service by commanding the botnet to send fake traffic that fabricates data.

Securing data in the cloud is the single largest security concern that most organizations have with cloud computing. In any WAN traffic, one must assume that any data can be modified or intercepted. That’s why traffic to and from a cloud service provider is encrypted. Some key mechanisms for protecting data are Access control, Auditing, Authentication, Authorization
Every service model should have mechanisms operating in all these four areas that are based on the security requirements, whether operating through its own local infrastructure or any cloud service provider.

The problem with the data stored in the cloud is that the server can be located anywhere in the cloud service provider’s system which can be in another data center, another country, or in many cases even in another continent. In client/server or with other types of system architectures, one can count on a firewall to serve as the network’s security perimeter but cloud computing has no physical system that can be used to serve this purpose.

When a client makes a request for data, the request goes to the endpoint or external service interface of the proxy, which has only a partial trust.