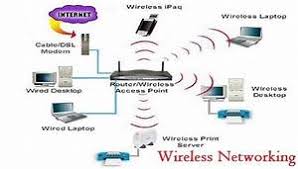 Introduction
A digital network that provides resource sharing between two nodes is called Computer Network. In a computer network, multiple computers get connected with each other to share data or information. A computer network can be established through both cable or wireless media. Computer networks nowadays support various applications such as the World Wide Web, digital audio, digital video, etc.

History
Leonard Kleinrock in 1961, proposed the idea of ARPANET (one of the oldest computer networks), in his paper named “Information Flow in Large Communication Nets.” At that time the telephone network was the most influential network on the globe. In a telephone network, information was transmitted from sender to receiver using circuit switching. As computers started becoming important and they were costly, it was needed to connect these computers for sharing with users present at different geographical locations.

Unaware of others, three research groups from different parts of the world started inventing the concept of packet switching as an alternative to circuit switching. Leonard Kleinrock published the first work on packet switching ways. For busty traffic sources, Kleinrock’s work elegantly demonstrated the effectiveness of the packet-switching approach using queuing theory. At the Rand Institute, Paul Baran at the same time started to investigate the use of packet switching for secure voice over military networks. Meanwhile, ideas on packet switching were also being developed at the National Physical Laboratory in England by Donald Davies and Roger Scantlebury.

In 1969, Packet switching was used for the very first time by ARPANET. ARPANET started development in 1966 and UCLA and SRI were the first two nodes that were connected to officially start ARPANET in 1969. In April 1969, the first RFC (Request for Comments) surfaced as a document which defines and provides information about computer communications, network protocols, and procedures. Each RFC has a unique number being preceded by the letters “RFC”. The first IMP (Interface Message Processor) and network switch were sent to UCLA on August 29, 1969. The first data transmission on the ARPANET was sent using it. Officially, the internet took birth when the first data transmission occurred between UCLA and SRI on October 29, 1969.

In 1973, officially introducing VoIP(Voice over Internet Protocol) technology and its capabilities, a test VoIP call was made. The first software able to allow users to make such a call was not available until 1995. In 1974, the first routers were used at Xerox but they were not considered as true IP routers. Gateway devices, Interface Message Processor used in ARPANET gave origin to the breakthrough in computer networking. In the ’80s, Bill Yeager, who was a researcher at Stanford University developed the multiprotocol router. The commercial implications of this router technology were realized by Stanford IT staff Leonard Bosack and Sandy Lerner. A revised version of Yeager’s router was developed by Leonard and Sandy, which led to the formation of Cisco Systems in 1984.

Robert Metcalfe and David Boggs made the first Ethernet prototype which transferred data at 2.94 Mbps at a Xerox research facility in Palo Alto, California in 1973. Ethernet was patented in 1975 by Xerox after performing further testing. With the purpose of promoting the technology for mass consumption, the IEEE came into the picture to form a standards committee in 1979. The number of devices that could be attached to a LAN and remain functional were limited as Ethernet technologies operated using CSMA/CD media access control. The concept of a virtual LAN or VLAN was developed in the late 1980s and early 1990s to solve the problem of increasing broadcast traffic on LANs with a large number of connected devices. The technology could logically segment a single LAN with a single broadcast domain into two or more logical LANs each with their own broadcast domain. The IEEE 802.1Q standard was introduced to standardize VLANs and the trunking of multiple VLANs across network uplinks.

We have little information about the invention of the firewall that it has been the first line of defence in enterprise networks for the better part of three decades. The original firewalls were stateless which meant that access control rules had to be created in both directions. The modern stateful firewall that is still used today was invented by Check Point Software Technologies founded in 1993. Check Point’s network firewall led to an entire market of networking tools and appliances that focused solely on the protection and integrity of data as it goes across trusted and untrusted networks.

802.11 technology, commonly known as WiFi was almost sure to be an enormous success no matter what. Steve Jobs from Apple played a vital role in making wireless technology popular very quickly. Steve introduced the original iBook and Airport wireless technologies at the Macworld 1999 conference. Among many computing innovations of iBook, the innovation that stole the show was the way it could be networked easily using WiFi.