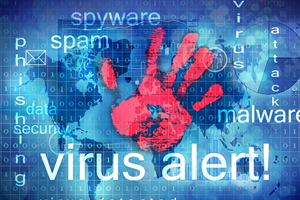 How does a computer virus work or spread?

What is a Virus?

An unwanted program that may be harmful to a computer system or its user is known as a virus. It is a piece of programming code that can modify the working of the computer without the user’s permission. The viruses are usually built to replicate themselves and spread to other computer systems quickly. In a lot of incidents in the past, viruses affected millions of computers. For example, the Melissa virus in 1999, forced large companies like Microsoft to shut down their email systems until it was contained. Similarly, a virus named Storm infected about 50 million computers in 2007.

These are some of the common types of viruses:

File infectors: A small malicious program or piece of code attached to a real program to alter the working of a computer system is known as a file infector. File infectors, also known as parasitic viruses usually attach to files having extensions like .exe and .com. For example, a program like an image editor has a virus attached to it. Whenever the editor .exe is run, the virus will run in the background automatically and perform actions like replicate itself, infect other files, corrupt data, etc.

Email virus: A virus that reaches a computer through an email as an attachment is called an email virus. Emails containing this virus sometimes don’t even need to be clicked to launch the virus. It can be launched when the email is viewed even in the preview tab of email software on the system. Email viruses often reproduce themselves by automatically sending emails having a copy of the virus to all the contacts present in the victim’s email address book.

Boot infectors: A boot sector is a part of disk storage that is used by an operating system to start up the computer. Boot infectors contaminate these boot sectors on the disk. They get placed on the first sector of the disk and get loaded into the memory when system files are loaded. This provides them a chance to have control of DOS interrupts that can damage the system. If the boot sector of the hard drive is infected, it will try to infect each Floppy Disk, Pendrive, CD, etc that is inserted into the computer system.

Worms: A small software that uses security holes in computer networks to replicate itself is called a Worm. The worm looks for another machine with a security hole by scanning the network. On finding a new target, it copies itself to the new machine through a security hole and then keeps on replicating from there too.

Trojan horses: A Trojan horse is a computer program that is often disguised as legitimate software but it is malware in reality. Victims are tricked into installing a Trojan on their computer using some kind of social engineering. Once executed on the system, the attacker can spy the system, steal sensitive information, and have backdoor access to the system. Unlike other types of viruses, a Trojan Horse cannot replicate itself.

Signs of the presence of different types of viruses: