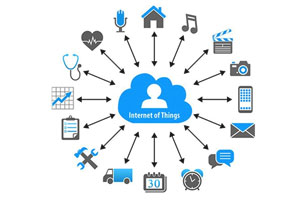 How does the internet work?

If you are reading this blog, you probably followed some basic web browsing steps before reaching this website. You opened up a web browser on your system and then you entered up a website name after which you got the webpage you were looking for. Whether you know or not but, the process is far more complex than it seems. There is a whole network of networks working behind our web pages that covers our whole globe and is even present in the space. Internet is the infrastructure that makes WWW(World Wide Web) possible. This infrastructure started as a US Army-funded research project in the 1960s which later turned into public infrastructure in the 1980s with the help of public universities and private companies.

TCP and IP are the most important and popular protocols for communication between devices. TCP is used for communicating over the network. It divides the data into a series of packets that get arranged when packets reach the destination. IP is specifically used for addressing. Every machine connected to the internet has its individual IP Address. There are two types of IP addresses namely IPv4 and IPv6. IPv4 has a 32-bit address system whereas IPv6 has a 128-bit address system. The packets contain different IP addresses which help them in routing through the network to reach their exact destination. TCP and IP are mostly used together and are referred to as TCP/IP. HTTP is used to make a connection between a web client and a web server. It presents information in the form of webpages. HTTPS is an enhanced version of HTTP making it secure as the transfer of data is done in an encrypted format. SMTP provides rules to send emails. FTP is used to transfer data from one system to another. Any type of file can be transferred using FTP.

The working cycle
The internet cycle begins up when we enter a domain name into our browser and hit enter. The entered domain name is sent to the ISP(Internet Service Provider) through an internet connection as a request. The ISP sends the request further up the chain on the internet which eventually reaches a DNS(Domain Name System). The DNS then starts searching for the domain name. If the domain name is not found then the request is sent further to another server. If the domain name matches then the request is sent to the website server. After receiving the request, the website server sends the requested data in the form of packets to the user device. There are multiple routes for a packet to travel through the internet network and these packets may not all necessarily follow a single route on the network to reach the target device. These packets consist of headers and footers which provide information to a system about the data present in the packets along with the information needed to combine these packets into a single file. When these packets reach the target device, they get arranged by the computer system according to protocols like a jigsaw puzzle to create a complete file. As a result, we get the webpage that we requested on the web browser. It is not certain that packets will always reach the destination. Sometimes, the router reaches its limit of receiving the packets due to which it drops some of the packets. This is called packet loss. TCP can handle this packet loss by retransmitting the lost packets.

This was only a simple explanation of how the internet works but as we start to look at more devices and protocols, the process starts getting more complex. All these components and working of the internet have sub-categories, each of which has its own area of study and they together contribute towards building this network of networks.