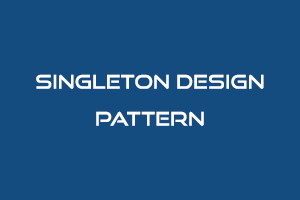 Design patterns provide solutions to the commonly occurring problems in the design of the software. The design pattern is like a blueprint that can be customized to target any particular problem of the code. Patterns are a toolkit of solutions to address common problems in software design. They provide the team with a common language to communicate efficiently.

Advantages of Singleton Design Pattern are listed below:

There are a few disadvantages of using the singleton pattern which are mentioned below:

Classes with static methods cannot be initialized. We can reference a static method with the name of the class. The same copy of that static method is shared between every reference. So, changes made by one will be reflected in another.

Comparison is listed below between Singleton class and Static methods

Singleton Pattern can be implemented in several ways in C# as listed below: