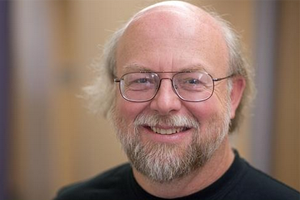 Who is Bjarne Stroustrup?

“There will be a use for programming in whatever that you are interested in. From Literature, Automobile Production, History, Coffee Making, Wind or Solar Energy, Movie Making, Rocket Science, Farm Management, Medicine, Science, Engineering, and so much more. Programming should be fun, but it is not all fun and games. Our civilization depends and thrives on good software”. This is what Bjarne Stroustrup replied to a question about what he would advise to a budding developer.

Bjarne Stroustrup is now the Managing Director in the technology of Morgan Stanley in New York as well as a visiting professor at Columbia University. However, he became popular for inventing the C++ programming language. In 2018, he was awarded the prestigious Charles Stark Draper Prize. C++ is used by millions of developers to build various applications all across the world. Let’s understand a little about the inventor of this language and what all he contributed in the making of C++.

Born and Brought up in a small village of Denmark, Bjarne completed his master’s in Mathematics from Aarhus University in 1975. Following this, he did his Ph.D. in Computer Sciences from Cambridge University in 1979, where he learned about the importance of a programming language and started fantasizing about creating his own.

Later, he joined Bell Labs Computer Science Research Center in New Jersey, where he designed and started implementing C++. It is to be noted that till date, Bell Labs has given 9 Nobel Prize winners to the world who completed their work in the lab. Based on an earlier version of the language C and inspired by Simula, C++ provides a much more flexible structure and abstract mechanisms that can be mapped without any hassle and work efficiently onto the computer hardware.

C++ as an Enabler

From enabling various software development techniques that include: Object-oriented programming, Generic programming, General resource management, etc, C++ revolutionized the Software Industry. It has been more than 2 decades and C++ has set a record of being the most widely used programming language with areas that specialize in General systems programming, Communications, Computer graphics, Games, User interfaces, Financial systems, avionics, and science-based computation. C++ community ideas have popularized and updated many new ideas far beyond Bjarnes’s imagination.

In the later decades, Bjarne laid out the framework for the further evolution of C++ through his efforts in standardizing the C++ language on ISO standards. For example, it was in 1989 that representatives from IBM and HP got in touch with Bjarne and asked him to standardize the language in an ANSI committee.

He also got various C++ books published during his career:

Uses of C++ in Daily Life

The most astonishing thing about this programming language has been that it is widely used, from manufacturing Rice Cookers to Space Rockets. Bjarne finds it humbling to realize the fact that wherever we go, be it: Movies, Cars, Games, Medicine, Finance, Computers or even farming, we would find that C++ plays a crucial role in the overall functioning.

C++ has been used in the most popular Human Genome Project and contributed towards the fundamental Physics research at CERN, which was responsible for landing the Rover at Mars. In this way, C++ has broken the shackles of being a programming language and influenced our daily lives in a positive manner. Bjarne continues to work on C++ and keep it updated as per the standards of the ISO.
Knowledge of .NET is quite rewarding in the IT industry. If you have got some skills in the .NET framework then a .NET certification from StudySection can prove to be a good attachment with your resume. You can go for a foundation level certificate as well as an advanced level certificate in the .NET framework.