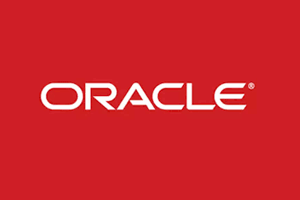 A Brief History of Oracle

From being nearly bankrupt in the 1990s after its genesis in 1977, Oracle today stands as the second-largest software company in the world, only after Microsoft. As of October 2019, its revenue income stands at nearly $40 billion. But how many of us know what Oracle did differently from other budding companies of its times? How could it stand against the severe competition of Microsoft and not only kept growing but started acquiring some of the leading industries and merging them to itself? Let’s understand and find out the evolution and sustainable model of Oracle.

The journey from SDL to Oracle Corporation

It was in 1977 that Larry Ellison, Bob Miner, and Ed Oates created Software Development Laboratories (SDL). However, it was in 1978 that first-ever Oracle that was written in assembly language that ran on PDP-11 with 128k memory. It was never officially released due to various hiccups. The three founders worked on it while they were at Amex Corporation. They had persuaded the CIA to fund their research with the money that had lapsed on a project, after which they pooled in $1500 and rented their first office in California.

In 1979, SDL was renamed as Relational System Inc which was moved to California. It was in the same year that they offered the 1st commercial SQL Relational Database Management System. The founders named the second version as Oracle V2 as they assumed that people will prefer the second version to be made explicit it in the name otherwise they won’t buy it.

Oracle was the first commercially available RDBMS in 1978. Since then it has been refining technology platforms that deliver quality information all the while reducing the cost of businesses. It is widely known that if systems can manage complex data and patterns, it can improve the efficiency of the employees and lead to better decision making. It operates on four principle levels namely: Simplification, Standardization, Speedy delivery of information and Automation. Using these attributes, industries can innovatively improve upon its performance and make future strategies that can drive growth for their businesses. Hence, it became the strategic asset for the industries that relied on it for simplification and management of the data. In 1986, it went public with $55 million and by 1987, it was the largest RDBMS software company in the world.

Oracle went through its first-ever loss in 1990 that led to many employees losing their jobs. However, Oracle 7 was launched in 1992 that introduced application development tools, performance enhancements and the ability to persist PL/SQL program units in the database as stored procedures and triggers that support referential integrity and security features. In the same year, it offered full application implementation methodology.

The merger between the Oracle Corporation and Oracle Systems Corporation in 1995 helped in streamlining the operating company reviving the company’s revenue. Come 1996 and Oracle had become the first largest software company to report their Internet Strategy that became the hot news in tech-industry and many other competitors followed up to do the same. It was in the same year that they released a Web Browser as part of Oracle Power Browser that enabled them to move towards web-enabled architecture. This is how they bounced back from the major setback and kept growing in the following years.

In 2001, Oracle became the first company to pass the strict nine industry-standard security evaluations. After 6 years, the company upped its game by introducing Oracle 11g that introduced the latest features as compared to all the previous Oracles together. In 2010, Oracle won $1.5 Billion in the lawsuit against SAP, claiming the largest software piracy settlement in the history of software technology.

In 2005, Oracle acquired PeopleSoft but it was in 2010 when it acquired the world popular Sun Microsystems that raised the eyebrows of every tech expert. In the year 2008, Oracle had already entered the market of the shared workspace by launching Oracle Beehive that provided team workspaces, instant messaging, calendar, email facility and conferencing on a single platform. In 2016, Oracle became the first company to predict the future of Cloud Computing by acquiring NetSuite (first cloud computing company in the world). Finally, in the year 2017, Oracle reported revenue profit percentages shooting more than 30% that made it one of the most successful companies in the world.